You are here: Home / Blog / Why do we “Stack” Supplements? 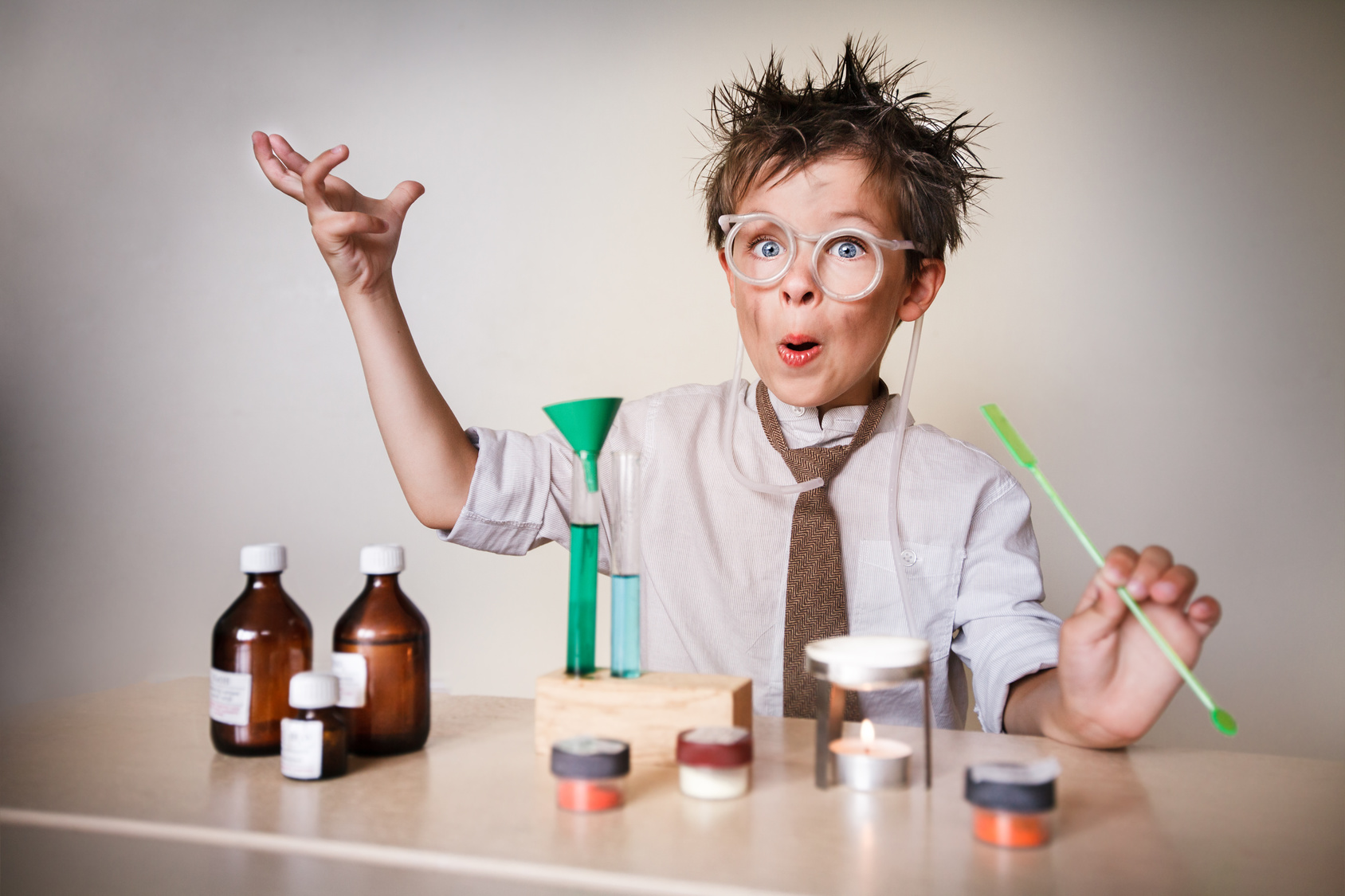 Because it looks nice to have everything in alphabetical order?

This is true—yet, the type of supplement “stacking” we’re discussing is less physical and more philosophical. And while we do appreciate a well-structured layout of supplement containers, we feel it’s more important to consider the structure of what’s inside the bottles.

How do the ingredients in a formula “stack” up? How does a formula stack up with other formulas? What makes up a good “stack”?

But before we answer these questions, we first need to ask:

What exactly is a supplement stack?

The Art of Stacking

Similar to the high-tension sport of cup stacking, supplement stacking requires organizing a group of close-fitting items and condensing them into a solid, tightly-mapped set.

In the context of nutritional supplements, stacking involves grouping together two or more various supplements with the intention of enhancing some aspect of health and/or performance:

Essentially, a stack is a combination of supplements taken together over the same period of time—but not necessarily at the same time.

For students & brainiacs, it could be something as simple as combining green tea compounds Caffeine + L-Theanine.

For people with creaky joints, a stack might be comprised of cartilage-supportive glucosamine, chondroitin & MSM along with inflammation-soothing fish oil.

One stack doesn’t necessarily require multiple sold products to be viewed as a stack: A single formula can qualify as a “stack” if it uses multiple ingredients that work together to accomplish an intended goal.

If the concept of “stacking” sounds fairly obvious and basic, it’s because it is…. but the practice of stacking is a classic case of “easy to learn, hard to master.”

While the complexity & design of a stack can greatly alter its benefits, odds are if you’re supplementing, you’re already “stacking” on some level. Throughout human history, the practice has been fairly ubiquitous and dates about as far back as you can imagine. 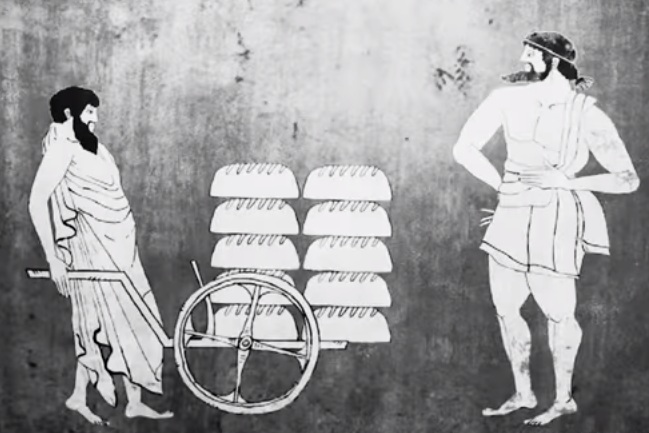 Before the Dietary Supplement Health and Education Act of 1994 (DSHEA) legitimized the phrase “dietary supplements,” humankind has been supplementing diets with medicinal, remedial, and ergogenic “compounded” recipes for thousands of years:

While these examples are long outdated and largely unbacked by (what we refer to today as) “Science,” there are plenty of modern, proven supplement stacks that have a long history of use: From the complementary Caffeine + L-Theanine stack (found together in green tea leaves) to the adaptogenic, energizing, libido-boosting herbal-mix of Ashwagandha + Tribulus (popularized by ancient Ayurvedic medicine).

The concept of compounding ingredients for boosted effects set the stage for stacking—which, didn’t become an official “thing” until recent times, especially in regards to supplement nutrition.

Riding on the research of German physiologist Nathan Zuntz, who determined the importance of fat and carbohydrates during exercise, and the instruction of Eugen Sandow (“The Father of Modern Bodybuilding”), who encouraged the consumption of protein for muscle growth & recovery, 20th century sports enthusiasts began developing & manufacturing sports nutrition supplements to give their athletes an “edge” in competition (Think: Gatorade).

The resulting “supplement boom” of the 1970s-80s (which was largely influenced by Schwarzenegger’s heavily-publicized bodybuilding career) lead to questions on how to efficiently take supplements to make that athletic edge more edgier, which in turn was answered by theories on how to stack supplements.

Now, it’s rare to find a product that’s not a “stacked” formula, and it’s becoming more and more common for manufacturers to serialize their products with the intention that every product in a series be “stacked” for optimum benefits.

Needless to say, long gone are the days of simply mixing meat, bread & wine before hitting the gym.

Why do we Stack?

Initially, the research & reasons on supplement stacking can seem overwhelming:

But the purposes for stacking can be summed up by these 3 easy bulletin points:

In a well-designed supplement regimen, properly stacking its constituents can maximize their benefits, minimize their weaknesses, and combine their effects to completely fulfill the requirements of your goal.

Dosteovsky & Orwell are turning in their graves over this. The FDA qualifies synergy with the equation “1+1=3”—which, in their eyes, is a mathematical impossibility and cannot exist. Due to this, manufacturers are finding it tough to claim “synergy” on their formulas in fear of the FDA’s current definition of the concept… Despite the fact that synergy is entirely possible and does exist.

Popular stacks and combinations for bodybuilding:

Popular stacks and combinations for brain-boosting:

Popular stacks and combinations for fat-burning:

NOTE on Pharmaceutical Stacks:The philosophy of “stacking” multiple ingredients to address a health problem through multiple angles holds true even in pharmaceutical “stacks.” Consider, for instance, depression & anxiety, which result from a number of theoretical chemical pathways—serotonin, dopamine, norepinephrine, etc. etc. Due to the complex nature of such health issues, it’s entirely reasonable & common for drugs to be “stacked” (usually by trial-and-error) in order to close every potential pathogenic gateway.

Before you run off to craft your own performance-increasing, testosterone-boosting, brain-sharpening, sex-enhancing, fat-burning supplement stack, we need to warn you:

Not every ingredient combo results in synergetic, complementary “completeness.” Perhaps you want to increase your testosterone while supporting your bone strength. Intuition would tell you to mix Zinc and Calcium, respectively, to achieve these two goals—yet, when combined, the latter interferes with the absorption of the former.

Considering the various forms and manufacturing processes that ingredients undergo, it’s hard to tell what kind of ingredient interaction you will get from your “home-made” stack.

In general, it’s probably smarter to buy a pre-formulated stack supplement from a reputable manufacturer. Not only are they well-versed in supplement formulas (it’s their job, after all), but there’s a larger incentive for them to craft a stack that works considering their products have a much larger audience.