Rauwolscine may help to boost mood and optimize fat burning when used in pre-workout stacks.

Rauwolscine, similar to its stereoisomer, yohimbine, is most commonly used as an amped-up fat burner. Recent developments are showing it has some potential as a pre-workout as well, especially when combined in bodybuilding stacks. It may work by:

As the structural sister of yohimbine, rauwolscine, also known as alpha-yohimbine, can be found in a similar collection of sources. It is frequently drawn from the roots of plants classified under the Rauvolfia genus: Evergreen trees and shrubs primarily located in the tropical regions of Africa and Asia that include Rauvolfia vomitoria, Rauvolfia canescens, and Rauvolfia serpentia.

Rauwolscine, along with other distinct derivatives from its parent plant, has traditionally been considered a means of stimulating the central nervous system, anesthetizing, and triggering sexual desire, both in conventional medicine and traditional folk health practices.1


In workout and nutrition circles, rauwolscine has principally been taken as an intense pre-workout fat burner, although there are growing indications of its potential to boost energy metabolism and promote adrenaline-related hormones.

Rauwolscine is a stereoisomer of another herbal compound found in Pre-Workouts: Yohimbine (sourced from yohimbe bark).

These two compounds have homologous molecular formulas and constitution but differ slightly in their 3-D orientation, which results in faintly divergent behavior when used as supplements.

Regardless, the similarity is so close that Rauwolscine is sometimes referred to as Alpha Yohimbine. But which one is better?


Rauwolscine has two notable mechanisms through which it may be able to impact pre-workout supplements:

As an antagonist, rauwolscine does not directly activate fat burning, but rather allows the operation to carry on unreservedly, which suggests increases in weight loss concurrent with the upkeep of body muscle and definition. In other words, for bodybuilding applications rauwolscine may help with “shredding” efforts.

Rauwolscine’s alpha blocking activity leaves excess quantities of epinephrine and norepinephrine readily available for use, for a stimulant effect.6 Following this reasoning, rauwolscine is suspected to amplify performance as a potential adrenaline booster.

Holding more available adrenaline in the system may likely enhance muscle strength and net performance due to the importance of related hormones in workout regimens. Moreover, muscles might be able to get started the slightest bit sooner and sustain workout duration for longer stretches of time.

Through activating 5-HT1a/b receptors, rauwolscine is capable of inducing serotonin-like effects throughout the body.7 Serotonin is largely renowned for being a formidable mood booster. Sustaining a positive disposition may be an idyllic state of being for people engaged in exercises. It can thus possibly account for more motivated and enjoyable workouts. Accompanying effects of increasing serotonin levels include padding pain sensitivity and regulating blood pressure, which may additionally benefit workout sessions.8

The most routine use of rauwolscine in nutrition, as previously explored, has been as a means of dropping excess pounds both by increasing satiety and sustaining fat burning during workouts — explaining its popularity in pre workout supplements.

Rauwolscine also appears to play a minor role in the cardiac system in cases of external stimulation that highlight its probable usefulness as a pre-workout.

The root extract has the additional prospect of potentially acting a reflex enhancer, which is ideal for athletes seeking performance precision; as a power and intensity enhancer in bodybuilding; and as a focus sharpener, although it is not considered a nootropic nutrient and evidence for any brain-boosting effects are scarce. Rauwolscine also has the reputation as being a better-tolerated pre workout supplement substitute for the fat-burning stimulant nutrient yohimbine. 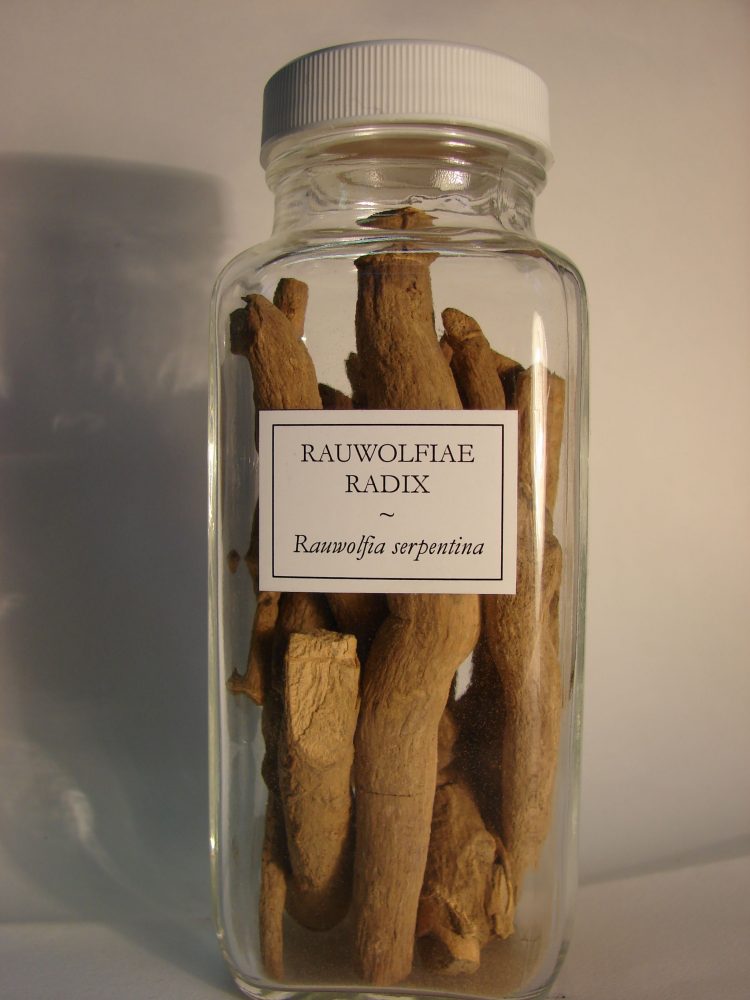 Research indicates that rauwolscine has some promise as a pre-workout supplement mostly for its ability to burn fat as well as potential to reduce cardiac stress and increase reflexes. For the most part, however, it appears that medical backing for the use of rauwolscine as a pre-workout is limited at best, especially considering the lack of relevant clinical trials.

After inducing a hypovolemic state in rabbits, rauwolscine, along with an assortment of alpha-adrenergic ligands was given at a range of 10 nmol – 3000 nmol to both conscious and unconscious rabbits in this study. Administration of rauwolscine was found to prevent Phase II hypovolemia, which is the drop of cardiac output to 60% of base level.

In this study, rauwolscine was given at 10 μg/kg of body weight in order to determine its effect on mice who were subsequently given the sedative, clonidine. Rauwolscine doses were discovered to prevent the drop in blood pressure in cats and loss of reflex in mice.

In this study, rauwolscine was given to both lean and obese mice at various doses within the 0.5 – 10 mg/kg range. Results indicated that rauwolscine was efficient at increasing satiety in mice, with particularly pronounced effects in obese mice.

Rauwolscine appears to have MAO inhibitory effects. If you already take monoamine oxidase inhibitor (MAOI) drugs, be sure to discuss rauwolscine with your doctor before supplementing. When taken with other norepinephrine inhibitors or serotonin releasers, rauwolscine may carry greater risk for side effects and adverse events.14

Rauwolscine may be taken in supplements as:

As a pre workout, Rauwolscine should be taken roughly one hour before starting your training, and never with food.

Rauwolscine may help to keep the fat-burning furnace “on,” but other pre-workout benefits are questionable. As of now, more evidence needs to be collected to confirm rauwolscine as more than just a weight-dropping pre-workout supplement. The benefit to using rauwolscine is that it is much more potent than similar compounds, like yohimbine, and so can be taken at smaller doses for identical results.

Rauwolscine is best taken in pre-workout stack capsules.  On its own, rauwolscine has been proven to do little more than boost the amount of fat burned during workouts when taken as 1 mg tablets. Combining it with other supplements in a pre-workout stack, however, is a viable tactic for maximizing overall performance.