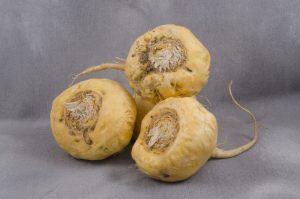 Grown in the S. American Andes mountains, Maca is an ancient herb of increasing value in the West for its potent effects on energy, stamina, & sex. While its role as a bona fide T-booster requires more comprehensive exploration, Maca’s legendary status as a male-enhancer is justifed by its benefits on male health–which include:

Originating exclusively from the high altitudes of the central Andes, Lepidium meyenii (Maca) is a legendary aphrodisiac botanical that has been cultivated for more than 2000 years for its nutritional, energizing, sex-enhancing benefits.1

While it’s not technically a ginseng, Maca is commonly referred to as “Peruvian Ginseng” for its A) Primarily Peruvian location, and B) Reputation as a life-giving adaptogenic herb–most of which stems from its reputation as a “high-altitude” remedy for the stresses of “high-altitude” living.

These actions mirror bio-actions of other adaptogenic ginsengs and high-altitude herbs (namely Rhodiola) that are believed to aid sexual function, in addition to sex hormone status & general sexual health. And while Maca fits the profile of a T-boosting adaptogen, its bio-actions on male health (i.e. male hormones) don’t quite meet the adaptogenic modus operandi.

In both modern & traditional medicine, Maca is believed to possess pro-fertility capabilities–namely due to its demonstrated benefits on sperm quality. Maca might aid male fertility by increasing:

Researchers suggest this is due to an increased response to sex hormones while consuming Maca.2

By combating the oxidative stress that promotes inflammation, Maca has shown to decrease IL-6 levels–which either relates to optimized T levels, Maca acting as a T mimic, or another unknown function(s).4

Most Maca research on prostate health stems from preclinical animal trials, which don’t necessarily translate to human health–regardless, the results show promise for male health all the same.

Under conditions of abnormal prostate growth, Zinc (major T-boosting mineral) levels are often found in excess in and around the organ. Administering Maca during such conditions resulted in:

Whether this relates to Maca’s potential action on sex hormones remains to be seen.5

The running narrative on Maca is that it’s an aphrodisiac, not a T-booster. Human trials support this, but animal research offers conflicting evidence. For instance, one study on male rats found that Maca increased:

Granted, this study used a unique hydroalcoholic extract of black Maca, the results are optimistic with regards to Maca’s general T-boosting abilities. Additional rat research showed that “higher effect on reproductive parameters was elicited with a dose of 1 g extract/kg corresponding to 2.2 g dry Maca hypocotyls/kg”—indicating a dose-response to Maca’s effects on sexual health.7

Yet, whether Maca’s T benefits are particular to rats or not remains unknown, as human research spins a different tale:

In 12-week, double-blind, placebo-controlled, randomized trial, men aged between 21-56 years were administered either 1,500 mg or 3,000 mg Maca daily or placebo for 12 weeks to determine whether the resulting self-perception of sexual desire correlates with mood or serum T levels. Both T & estrogen levels were assessed.

Following the previous study, the same researchers took another crack at administering Maca while observing sex hormone levels, except this time including more comprehensive measures of luteinizing hormone, follicle-stimulating hormone, prolactin, 17-alpha hydroxyprogesterone, testosterone, and 17-beta estradiol. Another sample of healthy 21-56 year olds were administered 1,500 or 3,000 mg Maca daily or placebo for 12 weeks and tested at the 2, 4, 8, and 12 week markers.

Filling in another puzzle piece on the mystery of Maca’s aphrodisiac properties, this small study administered 1,500 or 3,000 mg/day to men aged 24-44 for 12 weeks to determine the effects of Maca on semen quality—in addition to sex hormone levels.

Animal research aside, Maca shows little potential for boosting testosterone, but seems to significantly increase libido and fertility. Although it bears mentioning that in a systemic review on Maca the cumulative research on the herb has been classified as “too limited to draw firm conclusions” and that “more rigorous studies are warranted.”11

The standard dose for Maca ranges from:

Bear in mind, Maca is technically a food, as opposed to a dietary supplement, and thus is regulated as one (which is to say it’s not regulated). But this can be complicated by Maca supplements, or Maca extracts, which are more potent than raw Maca—thus, requiring smaller dosages.

Our recommendation: Work up to the higher dosage. The human studies showed no adverse effects at the higher 3,000 mg dosages, whereas some animal research suggests that Maca’s benefits are dose-dependent—i.e. more Maca = better results. All T-boosters warrant caution, but don’t sell yourself short with this aphrodisiac.

Both humans and rats have withstood high Maca dosages over a decent length of time with no significant toxicity reports. As such, Maca is labelled as SAFE—even in the traditional technique of boiling 20+ grams of Maca to drink.12

Any chance of side effect will depend on the specific extract or brand, so be sure to do your own personal research on a specific Maca product before supplementing it.

Traditionally, Maca is consumed in its plain, raw form–typically after being ground and boiled in water. While this practice is upheld in both traditional & Western medicines, Maca can also be found in capsule, tablet, powder, & liquid form. In terms of potency, Maca’s range includes:

What about Gelatinized Maca? Beginning in the 1990s, gelatinized Maca has been produced–which involves the pressurized removal of Maca’s starch content, making Maca easier to digest. Some Maca enthusiasts claim this is the only way to consume Maca; Others complain that it eliminates too many Maca nutrients. Then there’s some who simply state that it doesn’t even matter. As of now, no research supports any of these claims.

Aphrodisiac, not a T-booster. So far, that’s where the research stands on this legendary herb–although this doesn’t disqualify Maca as a male-enhancer. Many of the benefits of increased T levels are present with Maca, leading many to speculate that it might enhance or mimic the effects of sex hormones, without altering the actual hormones.

Raw Maca works, too. Remember: Maca isn’t technically a supplement. It’s a food. And it works just fine if consumed as a food. If you’re using Maca for clinical/medicinal purposes, we recommend seeking out a premium Maca supplement. Otherwise, recreational users could still benefit by simply adding Maca to their diet.