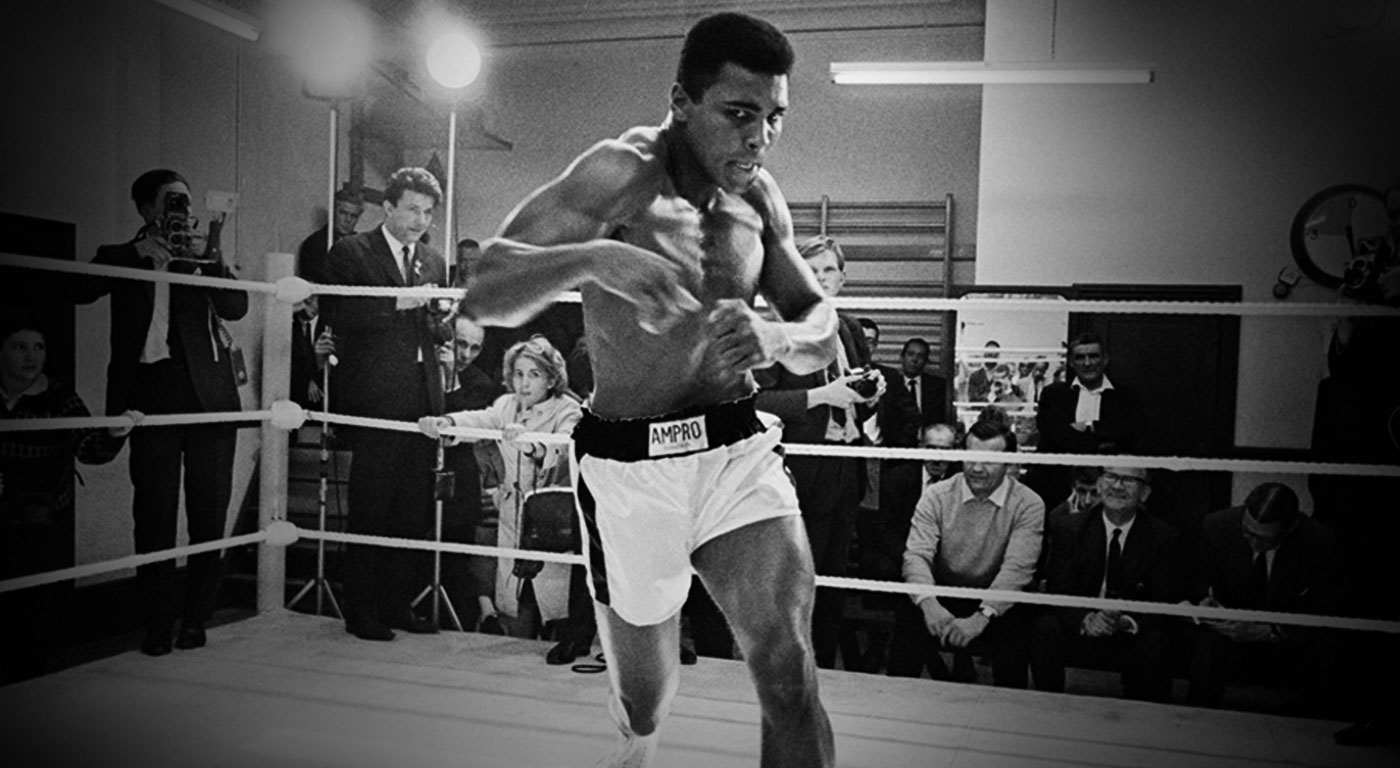 “The fight is won or lost far away from witnesses—behind the lines, in the gym, and out there on the road, long before I dance under those lights.” – Muhammad Ali

Before his “Rumble in the Jungle” against champion George Foreman, before the infamous “phantom punch” that floored Sonny Liston, before the 1960 Summer Olympics, Cassius Marcellus Clay Jr. began his boxing career as a 12-year old kid wanting to pummel the thief that just stole his beloved Schwinn bicycle. Thus, in 1952, Muhammad Ali was conceived.

Within the preceding decades, a young Charlie Parker became “Yardbird” of Greenwich Village’s urban bohemia with his revolutionary bebop saxophony. However, the success wasn’t immediate: He practiced the sax 11 to 15 hours a day for nearly four years before mastering the instrument.

For 9 years, James Joyce submitted and resubmitted his famous short story collection Dubliners to 15 different publishers. Despite overwhelming opposition (with one printer burning all but one book copy), it finally hit the shelves in 1914. Joyce personally bought 120 copies to justify its print.

What these three men exemplify are three different examples of DRIVE.

Although this relentless motivation cannot be bought, there are ways to overcome the bio-mental roadblocks that stand in its way — including smart supplementation with targeted nootropics.

There are three important aspects of DRIVE:

DRIVE is what propels the world’s successful Olympians and artists, entertainers, entrepreneurs, and parents. Granted that success isn’t always given to those with DRIVE, but it isn’t gained by those without it.

But how does this translate to the average Joe?

Regardless of our skill-sets (or lack thereof), we all have the capacity to become “more driven”—and nootropics can help.

Whether it’s a matter of increasing reps in the gym or crushing a 14-hour workday, nootropics can improve the biology of our will, perseverance, motivation, and sense of mental domination.

If it seems like we’re promoting a brave new world of manufactured emotions and chemically-induced intelligence, then you’re missing the point: Nootropics don’t create DRIVE, nor is the concept “new.”

Nootropics simply fuel your mental engine and break the biological brain barriers that stand between you and your goals.

In the same way that a healthy body needs healthy nutrition to perform, so does the mind. So, here are the nootropics you can use to bolster your brain health ecosystem and enhance your mental drive: 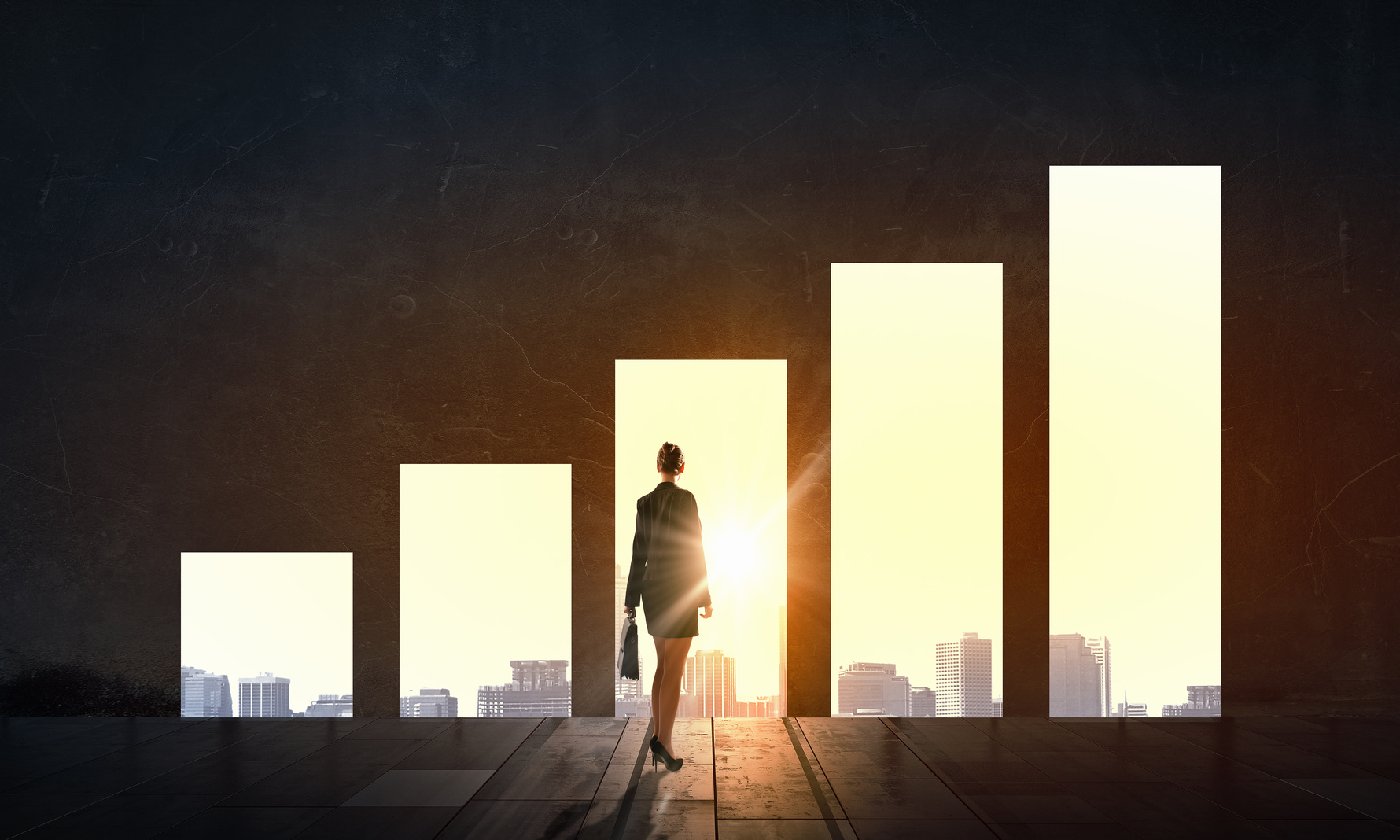 Associated with the brain’s motivation and reward pathways, dopamine is borderline synonymous with DRIVE. This neurotransmitter is responsible for motivating us towards action and rewarding us with feelings of pleasure. It allows us that “Eureka!” satisfaction when we accomplish or learn something.

Common knowledge centers on the sexier side of dopamine—its release with sex, drugs, rock ‘n’ roll, and cupcakes—but it’s also involved in the process that rewards motivation:

In actuality, it’s a lack of dopamine that typically promotes people seek out sex, drugs, alcohol, and junk food—quick, reliable fixes for that missing surge of dopamine.

To keep your mind fulfilled, motivated and focused on achieving your goals, we recommend a dopamine-boosting stack of:

Also known as pyridoxine, B6 is an essential nutrient for overall health.

In its “active” form Pyridoxal-5’-Phosphate (P-5-P), the body can use the vitamin to convert the precursor L-Dopa into dopamine. Because P-5-P is the “active” form of B6, we recommend it not only because it’s the primary means of L-Dopa conversion, but it may be more potent than “regular” B6. More on Vitamin B6.

In addition to boosting dopamine, L-Theanine helps enhance cognition by increasing alpha brainwaves (a frequency of electrical brain impulses associated with relaxation without sedation) and boosting other “calming” neurotransmitters—such as serotonin and GABA. More on L-Theanine.

Additionally, this nootropic deserves special mention for its recognition by the FDA, which states PS as potentially reducing the risk of dementia and cognitive dysfunction. More on Phosphatidylserine.

Due to the high L-Dopa content of Mucuna’s seeds, they’re often used in pro-fertility/male-enhancing stacks: L-Dopa is suggested to promote LH and HGH secretion, in addition to dopamine levels. As such, this ingredient works more as a “T-booster” than “nootropic,” but (particularly for men) this might be the better dopaminergic route for increased motivation. More on Mucuna Pruriens.

Fuel Up for DRIVE: Nootropics that Energize the Brain 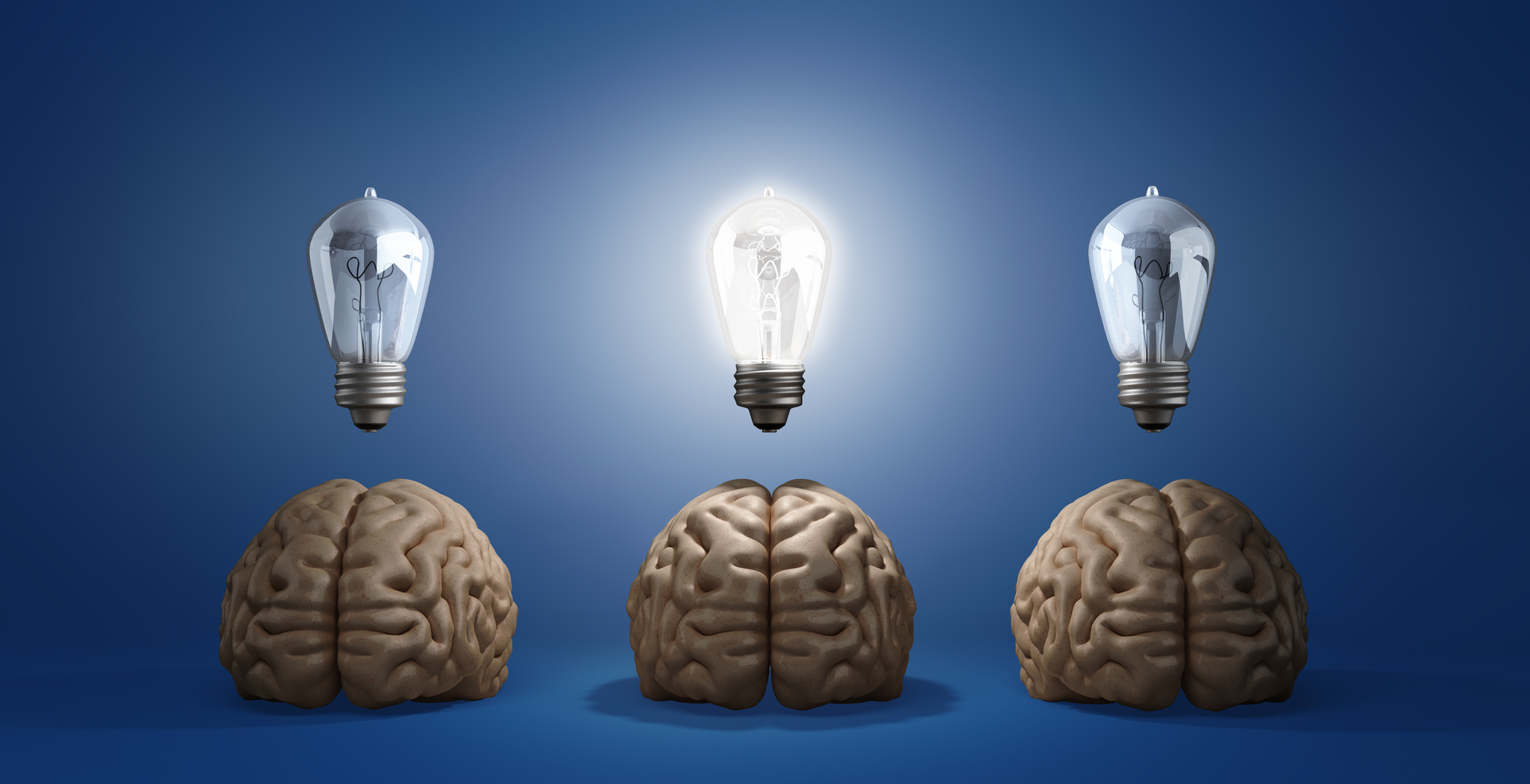 Brain energy is perhaps the biggest contributor to mental drive, which places massive energy demands on your brain. To illustrate its importance: You can shine the rims, rotate the tires, change the oil, replace the air filter, clean the spark plugs, and rub the fuzzy dice, but your 1998 Fiat Multipla isn’t driving anywhere without fuel.

The same goes for an exhausted brain (we promise that’s the only cliché car analogy in this article… maybe).

If perseverance hinges on motivation, then it swings on brain energy. And the brain requires a lot of energy:

While brain metabolism remains constant through heavy or low thinking, having a driven mind can result in a busier body—which leaves less energy for our high-maintenance minds. Nootropics can alleviate this by boosting brainpower.

To fuel your DRIVE and keep it fueled, we recommend a brain energy stack of:

A brain energizing nootropic that enhances brain function by optimizing brain structure. Its bio-activities include:

Used in India’s Ayuverdic health system to improve memory loss, impaired cognition, and lost brainpower. Its many time-tested benefits include:

Bear in mind, Bacopa is an herb that requires long-term supplementation for its benefits to be fully felt. As such it provides a “long-term” supply of brain energy as opposed to immediate transitory stimulation. More on Bacopa.

Aside from its bio-actions against mental degeneration, Hup-A appears to protect brain cell mitochondria—the tiny energy plants that are directly responsible for cellular metabolism. More on Huperzine-A.

The last time you probably heard of this coenzyme was in high school biology on the topic of cellular energy metabolism. Well, here’s a recap:

The compound shows special promise in treating Chronic Fatigue Syndrome, particularly in its ability to clear brain fog. We recommend this nootropic for older men and women at risk of diminished NADH levels. More on NADH. 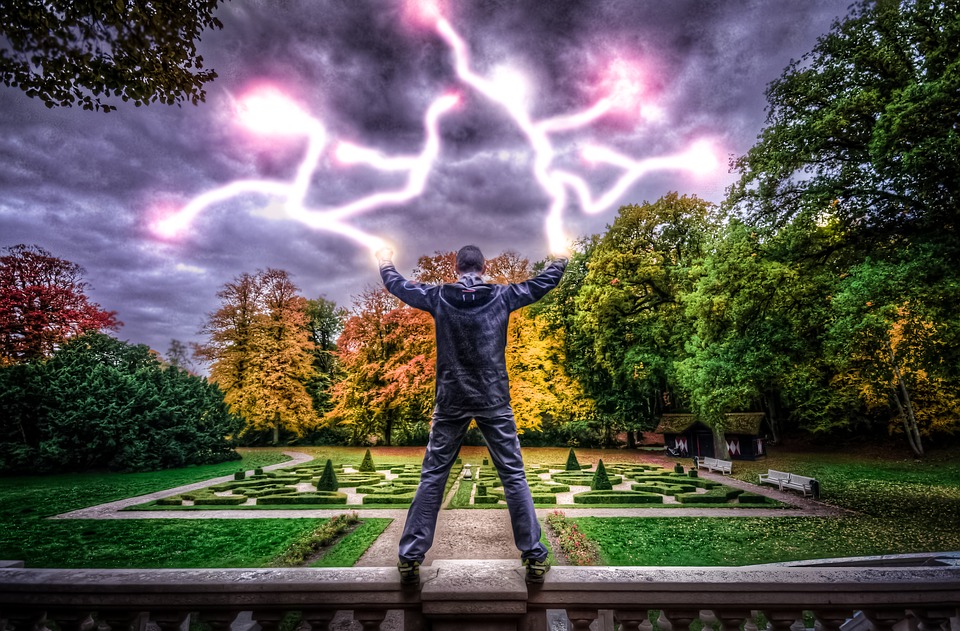 When stress runs amok, so does your mind and body. Without adequate stress management, motivation crumbles and brainpower isn’t worth jack.

Taken to the limit, stress affects more than your mental drive: It kills your sex drive, destroys your testosterone count, and inhibits your immune system— all of which come back to further diminish your brainpower.

Many herbal adaptogens boast cognitive-boosting properties AND the ability to reinforce physical strength. Used effectively, these nootropics not only give you the MENTAL drive to do amazing things, but they bolster your PHYSICAL capacity to keep up with your highly driven brain.

The adaptogens that we recommend:

One of Russia’s best kept secrets prior to the Cold War, Rhodiola rosea is an adaptogenic plant that grows in the arctic regions of Siberia. During the Cold War, the adaptogen was secretly used by Russian Olympic athletes, cosmonauts, military officers, political leaders, and the researchers who were examining the plant’s profound anti-stress properties.

In addition to adapting to stressors, Rhodiola may offer protection against cardiovascular disease, depression, schizophrenia, and asthenic (lack of energy) conditions related to physical overexertion.

Another legendary herb with anti-stress effects. From Sanskrit, ashwagandha translates to “the smell of a horse,” implying that the plant imparts the physical strength and good health of a stallion. Useful in improving cognitive functioning for both children and the elderly, ashwagandha also aids the body for its boost in energy and mitochondrial health and for its anti-inflammatory & anti-arthritic effects.

Its American counterpart, Panax quinquefolius provides similar adaptogenic action due to its similar phytochemical profile, but its largely viewed as the weaker Ginseng of the two.

We’d never promote energy drinks, but if there’s one thing those caffeinated sugar cans get right, it’s the multi-functional amino acid L-Tyrosine. Due to its support of overall brain function, L-Tyrosine has been receiving increasing attention from nootropic researchers & manufacturers alike. This compound could easily fall into the other nootropic categories already mentioned here, but its most exciting attribute stems from its immediate anti-stress benefits.

Unlike the other adaptogens in this category, L-Tyrosine doesn’t seem to provide long-term stress support, but works best under acute stressful situations (i.e. exam day, annual performance review, etc.). The result is improved memory & cognitive functioning when they matter most. More on L-Tyrosine.

A bitter irony in this article is Muhammad Ali’s Parkinson’s, which was marked by an incurable dopamine-deficiency. Yet, despite the physical deterioration of his body, Ali remained positive.

“If there was ever anyone who always lands on his feet and comes out smelling like a rose, it is Muhammad. It is his remarkable attitude toward life. He never has let anything stand in his way.”

Will. Perseverance. An Indomitable Spirit.

DRIVE continues when the body cannot. Ali’s will to win, Parker’s motivation to play, and Joyce’s refusal to give up are the legacies left behind.

The inevitable end of good health is a very unpopular topic among health enthusiasts and society at large—but it’s the driven men and women that are able to confront it head-on by making the most of their good health.

These nootropics are for those driven to make the right moves behind the lines, in the gym, and out there on the road. Long before the dance and those lights go out.