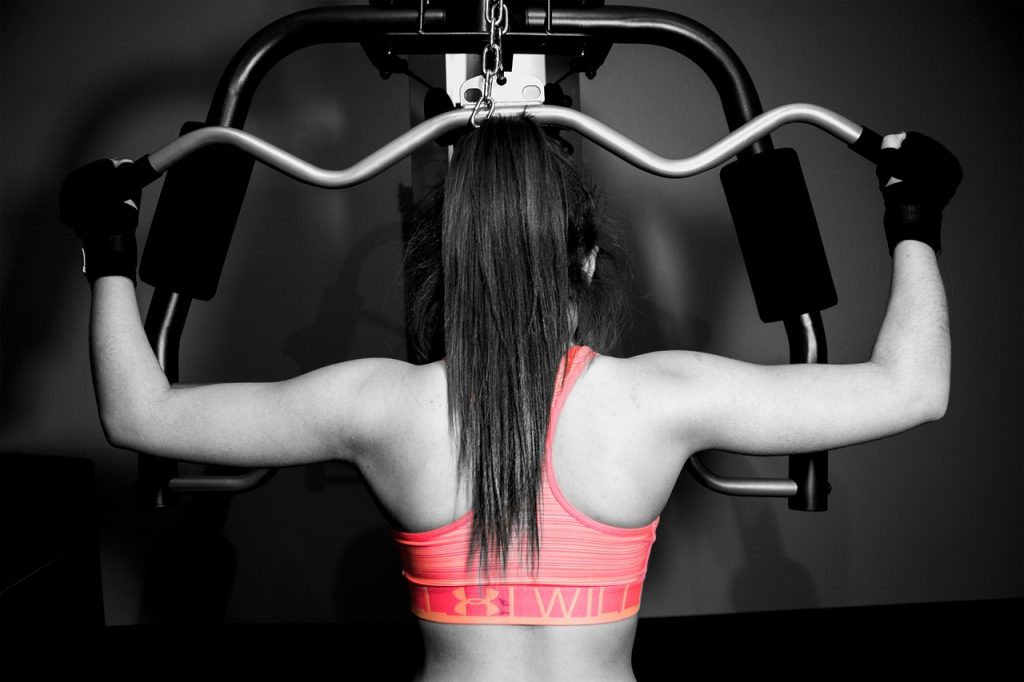 Despite its reputation in pop culture & mass media, testosterone is not confined to the health status of sweaty, hairy, monosyllabic men. In reality, when you chalk up the various powerful feminine attributes in which testosterone plays a huge role, the male monopolized view on the hormone comes across as a little… well, absurd.

These are the markers of healthy testosterone levels, regardless if you’re a younger woman or an older man. An older woman or a younger man. A medium-sized dog or a three-eyed cat.

Testosterone is testosterone. And most of us these days could perhaps use a little more.

Testosterone is a Female Hormone

On average, men have more testosterone than women.

But having less T doesn’t mean it’s less important for women’s health—likewise, having less estrogen doesn’t mean estrogen is less important for men’s health. Despite being labelled as an androgen, which constitutes a class of “male” oriented sex hormones, testosterone is very much a female hormone as it is a male hormone for its integral role in maintaining the following aspects of female health:

And depending on the stage of menstruation & menopausal status, optimal testosterone levels widely vary—however, one constant factor is the discrepancy between “Total T” & “Free T”:

In both men & women, the amount of Free T encompasses only a sliver-sized slice of Total T–on average lying in the 1-2% range of Total T. This is due to sex hormone-binding globulin (SHBG), a glycoprotein that binds & thus deactivates sex hormones (namely T, DHT, & estrogen). When hormones are out of whack, SHBG is designed to place them back into whack by binding & transporting them to locations of need.

But what happens when SHBG is out of whack?

SHBG naturally has a higher affinity to testosterone than estrogen.

Now, while these three points don’t inherently add up to a problem, they certainly establish the risk of one–particularly when that problem is Low Female Testosterone. Therefore, if SHBG increases, estrogen increases, overall T production decreases, or any combination of these effects occurs, T expression is likely to diminish.

Conversely, excess T levels may induce negative effects on estrogen, SHBG, & other hormones, which has influenced researchers to craft the “Four-Level-Hormone” classification scheme to simply identify when T & estrogen are out of balance. The four levels include:

In later years, particularly during & after menopause, incidence of low T + low E becomes more prevalent–a significant risk factor for both sexes. However, because T is more often associated with male health, it’s often overlooked by women–even though T levels seem to continuously decrease to about 50% before menopause (when compared to a healthy 20-year old).1

Who is at Risk of Low Testosterone?

The women who are most at risk of Low-T are menopausal women–yet, other risk factors & associations include:

Symptoms of Low Testosterone in Women

Here are a few common symptoms of T deficiency in women: 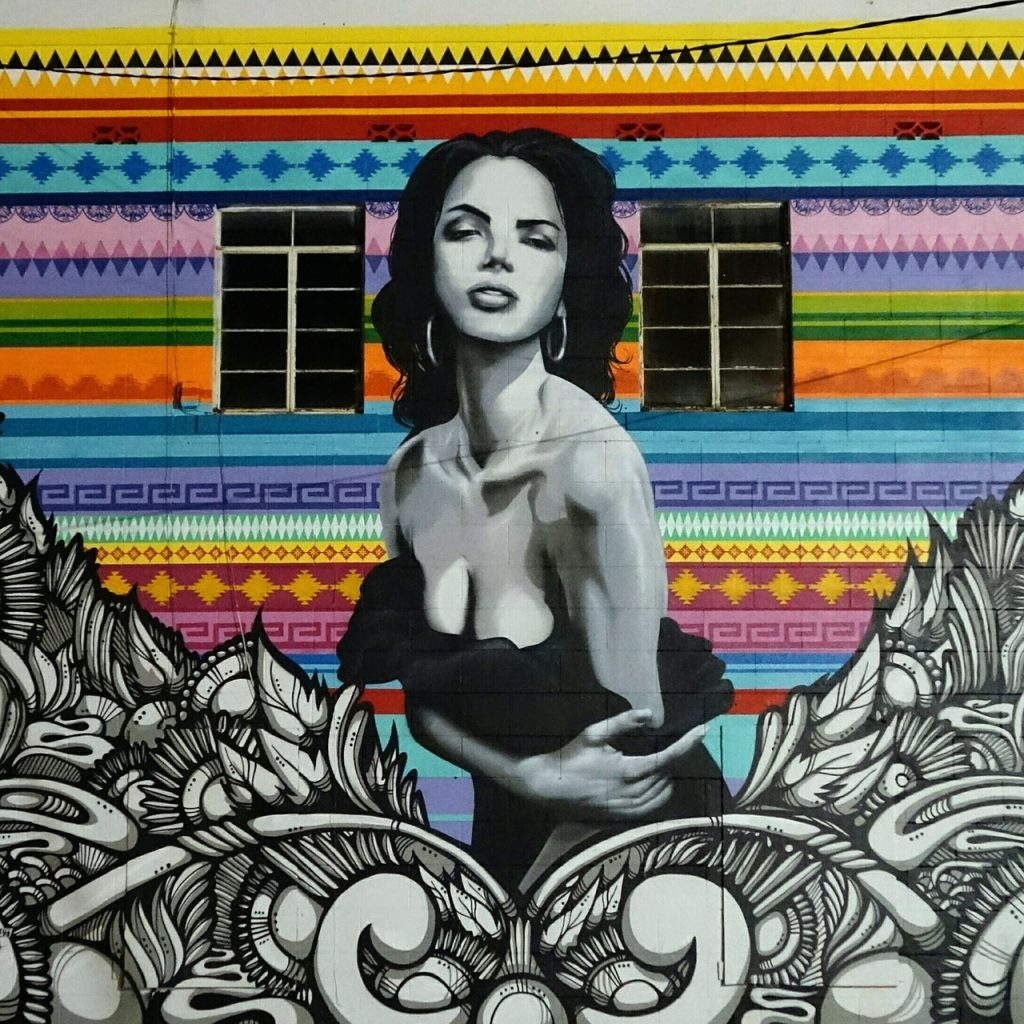 Despite what the name implies, the “T-boosters” that we’re referring to are less boosters than they are regulators. As such, these T-boosters work as useful alternatives to Testosterone Replacement Therapy (TRT), anabolic steroids, and other forms of synthetic testosterone infusion that may spike T beyond functional levels.

One of the most voiced complaints by women with low T conditions: Diminished sex drive.

Due to the physiopsychological nature of sex drive, it’s not always so simple as pinpointing testosterone as the single cause of libido–but regulating T levels does seem a viable option in alleviating conditions of low libido.4 With that in mind, natural T-boosters may help to not only increase sex drive, but may enhance sexual function (e.g. by increasing blood flow to the regions that matter most to sex).

In The Study of Women’s Health Across the Nation (SWAN), 359 women, aged 46 – 60 years, were randomly selected to complete a community consensus exploring the relationship between visceral fat, metabolic syndrome, diabetes, and cardio health–particularly in relation to bio-available T & estradiol.

By the conclusion of the study, T was found to play a more important role in regional fat distribution (i.e. how much fat gets distributed to the mid-section vs. elsewhere) than estrogen.5 As such, this seems to partially explain the often-cited fat-burning qualities of T-boosters used by women.

Adaptogenic herbs & compounds often make these lists simply due to the fact that normalizing stress hormone levels has frequently been demonstrated to optimize numerous aspects of health–including sexual health.

In certain cases, the ratio between T & stress hormone cortisol is just as much of an indicator of female health as is the T:estrogen ratio. While all women could potentially benefit from adaptogens, active women at risk of increased, ongoing stress levels would do best by a T-booster of this nature.

Here are a few T-boosters that may benefit female health:

The nickname for this herb is “Stick of Man”—however, considering its well-documented benefits on female sexual health, the moniker may be a bit of a misnomer. For centuries, Tongkat Ali has served as a natural libido booster for both men & women, a status explored in a recent pilot study that showed the plant may “significantly increase T concentration and muscular force for both men and women”—and, most notably, observations of decreased SHBG levels and increased free T levels were strongly associated with the female participants.6

As a result, Tongkat Ali seems to help female health by not only increasing libido & free T expression, but by diminishing the harmful, catabolic effects of stress—even during non-active (i.e. exercise-free) conditions. More on Tongkat Ali.

Strictly in terms of female sexual health, Ashwagandha’s adaptogenesis has been observed to improve the female body’s physical & psychological condition with regards to sexual function—giving this T-booster a nootropic edge on women’s health for its psychosexual support.8

Additionally, Ashwagandha’s bio-effects stretch across a wide age spectrum, helping younger women as well as post-menopausal females—one clinical study in particular suggesting that Ashwagandha alleviates mild to moderate symptoms, both somatic & psychological, of menopausal syndrome.9 As such, Ashwagandha makes for a great addition to any age/gender-specific stack of supplements. More on Ashwagandha.

This is sort of a “trick” addition here.

But it is a potent sex-enhancing herb that, while not increasing any sex hormone numbers, may help increase sex hormone expression by enhancing androgen receptors in the body. Thus, encouraging the body to use testosterone & other hormones more efficiently.10

Take note: While a rather comprehensive journal review found no currently significant evidence to support Tribulus’ usage in sports nutrition11, the herb was found in a separate study to be “safe and effective in the treatment of female sexual dysfunction”12—independent of T levels. More on Tribulus Terrestris.

Despite its increasing prevalence in bodybuilding supplements and a deep history as a sex-enhancing physical tonic, Damiana Leaf is largely unexplored for its T-boosting bio-activities.

Yet, it earns a spot on this list for its popularity among women as well as the sparse research that suggests Damiana (combined with primrose oil, ginseng, & royal jelly) may “be used as a safe natural promoter of health and well-being in women during the menopausal transition.”13 But how does it do this? The current theories:

Whatever those estrogenic activities might entail remains largely unknown, but this seems to be more of a concern for male health than women’s health. More on Damiana Leaf.

Of all the T-boosters on this list, Diindolylmethane (DIM) might be the most female-oriented for the overwhelming amount of research that has observed the effects of this cruciferous compound on female health vs. male health. As such, this increasingly popular aromatase inhibitor seems to benefit women by:

Particularly through this last bio-effect—the modulation of “bad” unmetabolized estrogens into “good” 2-hydroxy estrogen metabolites—Diindolylmethane not only sustains healthy T levels, but reduces the types of estrogens most associated with auto-immune disorders, obesity, & environmental chemicals. More on Diindolylmethane.

Here’s an easy vitamin to supplement.

Known as the “sunny” vitamin, Vitamin D has a strong association with testosterone levels in both men & women and can be supplemented either orally or… solarly (how many supplements can claim that?). Yet, in older age, Vitamin D supplementation becomes a more pressing issue due to its link with T levels & bone health:

In your younger years, you may get away with spending more time outside for optimum Vitamin D levels (& consequently optimum T levels), but as the years pass, Vitamin D supplementation becomes an increasingly important T-booster to consider. More on Vitamin D.

Another aromatase-blocking T-booster largely studied under post-menopausal conditions, Red Clover is a plant member of the bean family that contains isoflavones—organic compounds with antioxidant & phytoestrogenic bio-actions.

While the T-boosting action of this herb is significantly low, its bio-effects include:

For older women, the specific result of Red Clover’s hormone regulation manifests alleviated hot flashes. Whether or not this stems from increased T levels remains unknown, but for younger women the decrease in estradiols could theoretically help T status—especially in conjunction with Red Clover’s influence on SHBG. More on Red Clover.

Believe it or not, this applies to both the candy & the plant, so long as its bio-active constituent Glycyrrhizic Acid is still intact. Because not only does this compound decrease T levels, but it also increases stress hormone cortisol—in effect accomplishing the opposite effects of powerful T-boosters such as Tongkat Ali & Ashwagandha. Bear in mind that reductions in T levels were observed to be reversible within 4 days19—although, long-term usage may potentially lead to long-term cortisol issues and all of the negative effects associated with elevated cortisol. At the least, we wouldn’t recommend this supplement to women who are seeking to sustain anabolic muscle metabolism. More on Licorice.

If you’re eating food, then you’re consuming soy. Because soy is in everything.Leading many to believe that the “Soy decreases T” maxim to be a thing of myth & highly unreasonable (otherwise we’d all have low T levels, right?). Admittedly, soy’s status in relation to testosterone levels is hard to gauge—with some researchers demonstrating that it actually aids post-menopausal women’s health, albeit with fairly mixed results.20Our take: Soy conspiracies aside, the plant’s phytoestrogenic isoflavones are still surrounded by too much mystery. Until we have more research on the correct usage of these compounds, we recommend keeping an arm’s distance with this supplement.Even though you’re likely consuming enough soy through your diet anyways. More on Soy.

Will testosterone solve all of your female health concerns?

Considering the fluctuating nature of female hormones (as compared to male hormones), it can be hard to determine whether or not your body is even in need of testosterone–after all, there’s plenty of overlapping symptoms between excessive & deficient T levels.

Which is why many women are opting towards natural T-boosters that help regulate hormones back to normal levels, as opposed to outright boosting them.

Not all boosters and stack products work for all women, but these herbs & compounds make for a solid starting point.