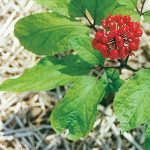 Traditional Asian herb ginseng supports cognitive energy and function. Thanks to its wide array of beneficial effects, Asian ginseng is one of the most popular herbal supplements in the world. Ginseng appears to have several nootropic benefits, including: Enhanced cognitive performance. In particular, ginseng seems to improve memory and mental fatigue in healthy … END_OF_DOCUMENT_TOKEN_TO_BE_REPLACED

Calming neurotransmitter GABA lowers anxiety and induces relaxation. GABA is a relaxation-promoting neurotransmitter naturally present in the brain. Supplementing GABA may have some nootropic benefits, namely: Reduction of anxiety. Similar to the GABA naturally found in the brain, GABA supplements seem to reduce anxiety and stress. Potential improvement of mood. … END_OF_DOCUMENT_TOKEN_TO_BE_REPLACED 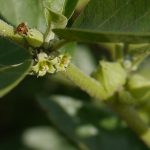 Ashwagandha is one of the best natural ways to reduce anxiety, and might also improve depression and neurodegenerative conditions. The ancient Indian herb ashwagandha has long been used to calm the mind and resist all sorts of stress. As a nootropic, its primary benefits seem to be: Reduction of anxiety. Ashwagandha reduces neuron activity, lowering anxiety and … END_OF_DOCUMENT_TOKEN_TO_BE_REPLACED 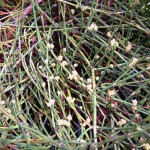 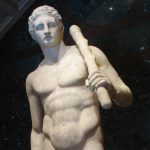 Worried about losing your hair? Then you're probably also worried about DHT: The androgen hormone that's been vilified as "The Big Bald Wolf." DHT does play a role in hair loss, but that’s based largely on genetics. Essentially, if your genes make your hair follicles vulnerable to the male hormone – then DHT can make you go bald. Conversely, if you’re one of the lucky guys … END_OF_DOCUMENT_TOKEN_TO_BE_REPLACED