You are here: Home / Nootropic / Fact-Checking 10 Dr. Oz Brain Supplements… Do They Work? 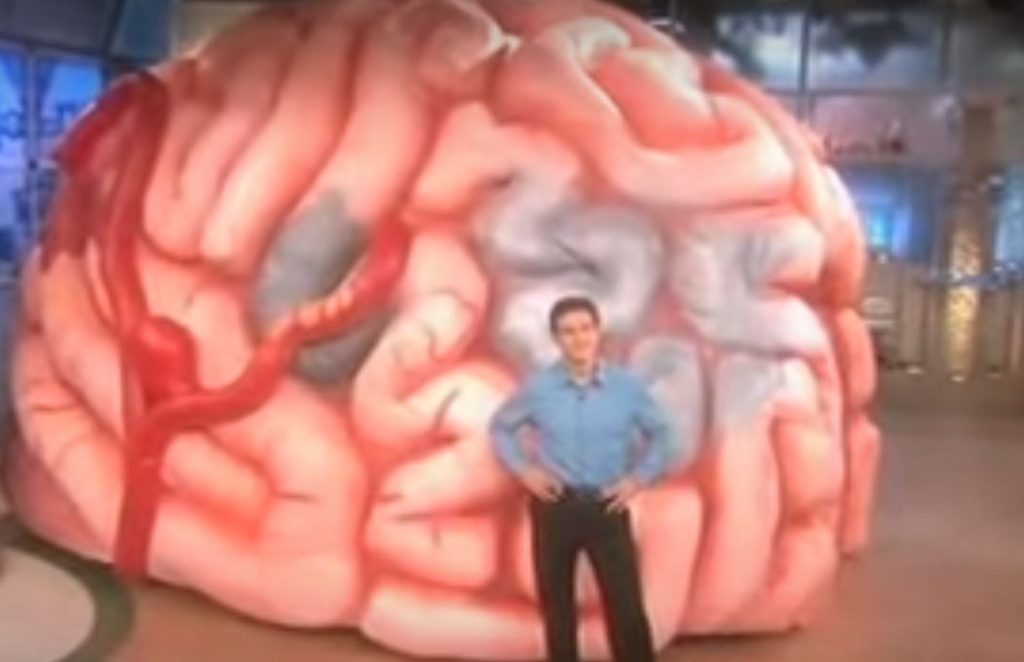 If you read our earlier piece on The Oz Effect, you may have been surprised to see SiR actually defending the doctor against recent criticism.

We said it then, we’ll say it again: Dr. Oz ain’t all bad… but it’s always a good idea to fact-check what he says, especially his “miracle claims” on nutritional supplements.

So when it comes to Dr. Oz discussing brain supplements in particular, is he full of you-know-what, or what?

You’re in luck: For Dr. Oz brain supplements, we’ve done the fact-checking for you.

Following are 10 brain supplements and nootropics (brain-boosters) that have been mentioned on the Dr. Oz show, what he and his guests said about those nutrients, and if their positions check out.

Claim: In separate Dr. Oz episodes, guests Dr. Daniel Amen and Dr. Sanam Hafeez touted L-Theanine as a valuable brain supplement. After demonstrating how to unleash the power of the female brain, Dr. Amen included L-Theanine in a list of supplements that “help you optimize your brain and increase your overall health.”

[…]in combination, in high dosages, they do promote attention. Very specifically visual attention.”

Evidence: Used since ancient China, green tea (most common source of L-Theanine) gives the amino acid a legendary status in the realm of brain supplements. Modern science only supports this position.

In 2008, researchers found that 50 mg of L-Theanine significantly boosted alpha brainwaves—a frequency of electrical impulses in the brain associated with relaxation without sedation:

Dr. Amen focuses on female brainpower in his claim, but L-Theanine doesn’t gender-discriminate. On its own, the amino acid has shown to enhance alertness while reducing stress and anxiety.

Combined with caffeine, L-Theanine is believed to inhibit the “jittery” side effects of caffeine without compromising the increased alertness. That explains why the caffeine in green tea feels cleaner than a cup of Joe.

SiR Says: Dr. Oz Show is right. His guests shared accurate L-Theanine information. There’s a “spin game” here though, as Dr. Oz emphasized L-Theanine as a women’s brain health supplement; but in truth, it can benefit anyone.

Claim: In Dr. Oz’s episode on unleashing female brainpower, Dr. Amen includes rhodiola in his list of supplements for optimizing your brain and increasing your overall health.

Evidence: Grown in the cold, high-elevation regions of the world, Rhodiola rosea has been used for centuries to cope with the stressful life of low temperatures and high altitudes.

Though bona-fide science is lacking, claims for rhodiola’s brain-enhancing effects are supported by longstanding tradition and an outstanding reputation as an “adaptogen” herb.

SiR Says: Dr. Oz Show is right. Again, there is an unsubstantiated “spin” that positions Rhodiola as a brain-booster for women, and no mention of rhodiola research (or lack thereof)… but Rhodiola remains a great brain supplement recommendation, so he’s steering his viewers in the right direction.

Claim: In one show, Dr. Oz offered tips on how to “make your brain younger” (10 years younger, to be exact). According to Oz, sage oil (Salvia officinalis) turns the brain-clock back as it:

helps protect neurotransmitters. […] Always been reputed to help memory, but now we actually got proof for it.”

He recommends sage oil only if you have memory issues.

Evidence: In 1597, John Gerarde’s The Herball or Generall Historie of Plantes (1597) said of the herb: “Sage is singular good for the head and brain; it quickeneth the senses and memory.” We could leave it at that, but this was also back when doctors cut holes in people’s skulls to release evil spirits trapped in their brains……

Let’s look at the research for sage as a nootropic brain booster:

SiR Says: Dr. Oz Show is right, but a little exaggerated. Sage oil looks good, but does it make the brain “10 years younger” as claimed? Is it backed by “proof,” as claimed? No way. But it’s still a good recommendation for brain health.

…increases memory. But when you look at the research, it actually decreases forgetfulness instead of increasing memory, which is an important distinction to make.”

Evidence: Known in India’s Ayuverdic medicine as the “Herb of Grace,” Bacopa was a subject of spiritual reverence in early Indian culture. Modern research seems to only validate Bacopa’s long-held associations with increased memory and brainpower.

One human study administered Bacopa to 76 participants aged between 40 and 65 for  six months. Cognitive performance testing showed that Bacopa significantly improved the retention of new information when compared to the placebo group—however, learning rates were not affected.

SiR Says: Dr. Oz Show is right, even on the point that Bacopa decreases forgetfulness rather than increases memory (i.e. increases rate of memorization). The herb seems beneficial for both the academic and the aging mind. Highly specific and accurate nootropic information from the Dr. Oz show here.

Claim: Saffron extract (as a patented form called Satiereal®) is included in Dr. Amen’s list of supplements for optimizing your brain and increasing your overall health.

Evidence: Typically used as a spice in foods, saffron has a long history of medicinal value. From treating eye problems to depression, saffron has many traditional uses.

In a systematic review, researchers concluded that saffron may help with:

All of which may or may not optimize brain health.

SiR Says: Dr. Oz Show is right, but exaggerated. Saffron is a good brain supplement; its purported health benefits are vast and time-tested, albeit not proven by research. Dr. Oz lost credibility, however, by suggesting Satiereal is a fast-acting “miracle appetite suppressant”; giving two women in his audience the supplement and weighing them a week later. However, skeptics pointed out that nationally televising the weigh-in may have also influenced the women’s weight loss…

DHA improves blood flow to the brain, reduces inflammation, and it actually reduces the plaques that have been associated with Alzheimer’s disease.”

After which, Dr. Oz added:

Of all the supplements I have ever talked about on this show, the most important by far is DHA omega-3s.”

Evidence: DHA is an omega-3 fatty acid that keeps brain cell membranes healthy, yet declines with age. In a prospective study, researchers tracked 899 men and women with an average age of 76 for nine years. Those who had the highest blood levels of DHA appeared to slash their risk of all-cause dementia by 47%.

Dr. Oz is a self-proclaimed raving fan of Omega-3s (which include DHA). You can see his enthusiasm about Omega-3 for memory in this short clip:

The first large-scale human study conducted an 18 month placebo-controlled treatment of DHA supplementation among a total of 402 individuals with mild to moderate Alzheimer’s (295 participants completed the study).

SiR Says: Dr. Oz Show is partly right. While the presence of naturally produced DHA is linked to lower Alzheimer’s and dementia risk, DHA research for the brain is conflicted. But calling it a “memory cure” is too extreme, while the bio-activities discussed seem off-base. Partial credit for Oz here.

Claim: Listed as one of the “Keys to Keeping Your Brain Young” (as the episode segment was called), Dr. Oz claimed that:

Vitamin B-12 may protect against Alzheimer’s. B-12 is particularly rare and problematic in older folks because you don’t absorb it normally.”

Dr. Oz references a “brand new study” from the Journal of Neurology preceding the statement.

Evidence: Dr. Oz doesn’t mention which “brand new study” made this claim. However, during the same year (2010), one trial showed that vitamins B-6 and B-12 slowed brain atrophy in elderly with mild cognitive impairment. Knowing that brain shrinkage is an indicator of Alzheimer’s, the researchers thought they found a potential Alzheimer’s prevention.

Unfortunately, another study showed that vitamins B-6 and B-12 were not proven to slow mental decline. Alzheimer’s disease prevailed, despite the slower brain atrophy.

The finding that vitamins B-6 and B-12 possibly prevent brain shrinkage is exciting and warrants additional research. In many other ways, the vitamins offer brain healthy support.

SiR Says: Dr. Oz Show is correct. B12 is an important brain nutrient, well-suited for geriatric populations who don’t get enough B12, and who have a very difficult time absorbing the B12 that they get from their diets.

Creatine has been shown to increase some cognitive functioning. But when you look at the research, it’s done more on, let’s say, sleep-deprived or the elderly, so it doesn’t necessarily translate to people like you [Oz] and me.”

Evidence: Commonly used to enhance fitness performance, creatine is a non-essential organic acid that helps supply energy to all body cells—primarily muscular tissue. The logic follows that an overall energy increase would also benefit brainpower. Three studies stand out on the discussion:

SiR Says: Dr. Oz Show is right. We like Dr. Hafeez’s approach here; there are no “miracle” claims, but instead a straightforward assessment of creatine as a brain-booster, complete with caveats and specific information on which exact demographics might benefit from it.

Claim: On Dr. Oz’s website, an article titled “5-Minute Brain Boosters to Save Your Memory” includes blueberry concentrate as one of his three “Brain-Boosting Foods”:

Blueberries have earned an impressive reputation as a superfood because they are a great source of antioxidants, and they’ve also been proven to enhance memorization skills.”

Especially for older adults at risk for dementia.

One explanation for this lies in pterostilbene—a neuroprotective antioxidant found in blueberries. Animal research suggests that pterostilbene might improve brain cell survival, anxiety disorders, and brain plasticity (strength of neural pathways)—however, it’d take a lot of blueberries to achieve these effects.

Despite sparse data on human intervention studies, blueberry’s “impressive reputation as a superfood” seems to check out. Long-term improvements or recoveries in memory have yet to be found, but the enhanced working memory is a hopeful positive.

[Research] showed that it reduced blood cortisol serum levels, which in turn reduces your response to stress and anxiety. So, the less anxious you are, the less stressed you are, the more able you are to focus.”

Evidence: Ashwagandha is a powerful herb in Ayurvedic medicine. Known as “Indian ginseng,” ashwagandha is used as an “adaptogen” to help the body adapt to daily stressors.

A double-blind, placebo-controlled study gathered 64 participants with histories of chronic stress to assess ashwagandha’s anti-stress, anti-anxiety abilities. Serum cortisol and self-assessed questionnaires were measured before and after the trail period.

Aside from its numerous associated health benefits, ashwagandha appears to be an effective anti-stress brain supplement.

Out of the 10 Oz brain supplements and nootropics evaluated in this article, most of them check out. Where Dr. Oz gets in trouble once again seems to be over-exaggerating their benefits, especially in the context of serious brain health concerns.

When approaching heavy health conditions such as Alzheimer’s, dementia, or others, it’d be wise for Oz to refrain from the words “miraculous”, “magic”, or “cure.” This issue isn’t a matter of semantics as much as it’s misguiding and exploitative, even if the product is beneficial.

On our end, it’d also be wise to fact-check or avoid proclaimed “miraculous, magical cures.”

Don’t be jaded on the doctor. He does promote healthy brain supplements. The key seems to be taking the time to fact-check… which will help you recognize the difference between hype and fact when it comes to Oz’s extravagant claims.