You are here: Home / Nootropic / Are Nootropics Legal in your Country? 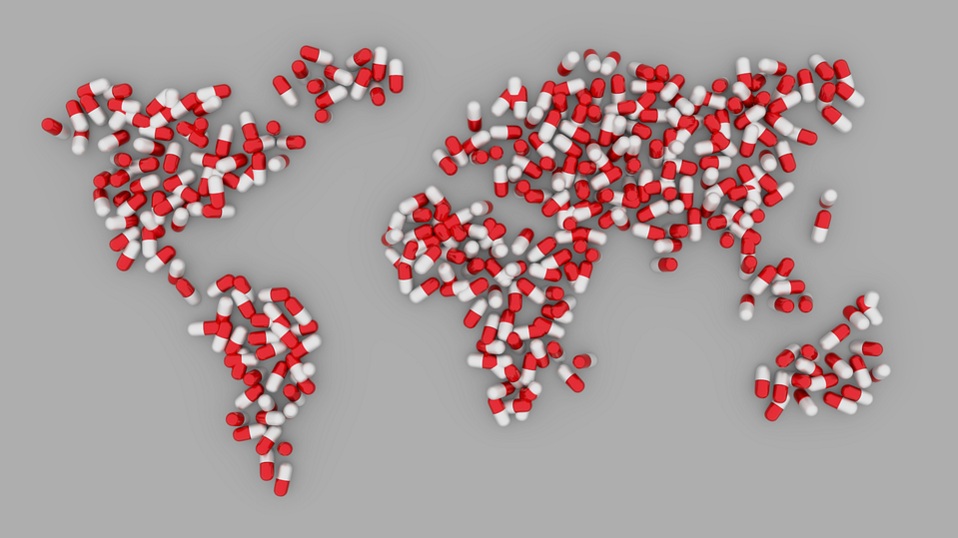 Believe it or not, in Victoria, Australia, it is purportedly illegal to wear hot pink pants after midday on a Sunday.

Even stranger: Piracetam is legally classified as “poison” in Australia.

Granted that piracetam, the first racetam & the most popular nootropic drug, is largely a prescription-only drug in many countries, very few governments would be so bold to deem it “poisonous,” considering it’s less toxic than salt.

This highlights one of the primary issues of the ever-rising global nootropic market: Not all nootropics share the same legal status from country to country.

Posing the important question: Which nootropics are legal in your neck of the woods?

Nootropics Around the World

Before we get into nootropic legality, we must first list the different classifications of nootropics.

What about “Smart” Drugs?

Adderall, Ritalin, Modafinil, etc. etc. are almost unanimously prescription-only drugs and in some cases outright banned. While they technically provide nootropic effects, their use in most legal systems generally pertains to treating disorders rather than providing supplemental aid for cognition & brain health.

For the sake of simplicity, we’re going to ignore the legal status of smart drugs for each country as it should be assumed that they’re always prescription-only.

Importing from Other Countries

One of the most common loop-holes for bypassing prescription-only regulations is importing nootropics from foreign suppliers uninhibited by local government.

Technically, ordering prescription drugs without a prescription is illegal (even if it comes from a legal source), yet more & more nootropic users are turning to this route due to lax customs controls and the growing global demand for nootropics. Many governments allow the importation of “unapproved” drugs, so long as they’re intended only for personal use—which is typically measured by the size of the supply (anything greater than a 3 month supply delivery is a RED FLAG to customs).

While territorial laws govern the legality of nootropics within the lines of each country, many lines are crossed in the global space between each nation. We’ll do our best to offer what insight we can on navigating this mess where it might concern you, but by no means do we claim to have all the answers on it.

We’ll let the government officials figure that one out.

The Medicines and Healthcare Products Regulatory Agency (MHRA) legalizes most nootropic drugs for personal ownership & consumption… with the exception of piracetam, which is labeled as a Prescription-only Medicine (POM) for the treatment of cortical myoclonus.

Strangely, the legality of piracetam primarily applies to “in-person” sales, whereas “mail-delivery” orders of piracetam are largely unchecked by UK customs. Other racetams (aniracetam, oxiracetam, pramiracetam, noopept) are allowed to be imported without a prescription, so it’s generally recommended to try these legal alternatives before considering piracetam.

However, many non-prescription piracetam users have reported minimal issues with importing piracetam without a prescription, so long as their orders didn’t extend beyond 1-3 month supplies.

Most European countries require a prescription to also purchase vinpocetine (Cavinton®), making it tough for the UK to order from local vinpocetine suppliers (because there are so few in the European Union). 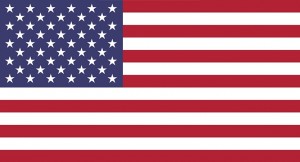 For the most part, all nootropics are A-Okay in the U.S.A.

Herbs, Vitamins, Minerals, & Racetams—the U.S. government neither schedules nor controls any nootropic type. On the consumer side, all you need to know is:

There are no legal restrictions on owning or consuming nootropics in the U.S.

For manufacturers, however, the rules can get hairy: While nootropics are legal, nootropic products (namely nootropic drugs) require FDA approval to be sold for human consumption. This means “unapproved” nootropic drugs must be marketed as “research compounds”—which is fine, except this inhibits manufacturers from including useful information such as dosages or Daily Value % as these suggest “use for human consumption.”

Not quite. Conflicting reports of FDA bans on piracetam products have naturally spurned confusion over the Interwebs on the drug’s legality in the U.S.

The only order delivered by the FDA to the manufacturers was to stop selling piracetam as a dietary supplement. The other option is to sell piracetam as a “drug,” but that requires an FDA “drug” approval process that costs upwards of $50 million.

For the time being, piracetam manufacturers are willing to sell the nootropic as a “research compound.” Unfortunately, this means we won’t see the wide-scale sale of piracetam in retailers such as Amazon or eBay—at least, not until the FDA revises its “drug” regulatory process.

More on nootropic legality in the USA 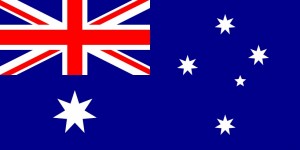 The Therapeutic Goods Agency’s (TGA) regulation of nootropics runs nearly identical to that of the MHRA. Australians are able to purchase, own, & consume nearly all nootropic types, yet require a prescription to order piracetam.

When it comes to nootropic drugs, Department of Health Australia (DoHA) generally acknowledges them based on their medicinal value. TGA authorities are primarily responsible for regulating therapeutic goods, so recreational nootropic drugs such as racetams lack proper regulatory coding and are therefore not sold in Australia—however, they can still be imported in < 3 month supply orders.

Despite a long history of non-toxicity reports, piracetam has a unique status in Australia as a “Schedule IV Drug”—ranking it as a government regulated POM. It’s important to note that DoHA does not control piracetam, so there are no restrictions on mail ordering piracetam under Australia’s Personal Importation Scheme, despite being a scheduled drug.

Similar to racetams, citicoline isn’t listed on the Australian Register of Therapeutic Goods, which means it is “unapproved” by the TGA and must be imported. 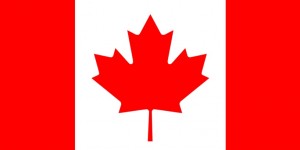 Health Canada establishes regulatory policies on nootropic drugs by assigning a Drug Identification Number (DIN) to each drug medication. At time of writing, no nootropic drugs have assigned DINs and, therefore, do not require prescriptions to be bought (needless to say, nootropic herbs, vitamins, & minerals are all legal to buy as supplements).

However, non-regulated drugs, such as racetams, cannot be commercially sold in Canada. To acquire racetams, Canadians typically order them from the U.S. in < 3 month supplies. Fortunately, piracetam doesn’t require prescription in Canada and, thus, requires no extra measures outside of importation to acquire. 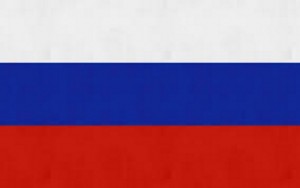 Naturally, as the home of the most advanced nootropic research, Mother Russia is fairly lenient when it comes to nootropic drug access. Throughout the Cold War to present day, the Russian government has actively studied, created, & promoted nootropic drugs for professional use. In a legal sense, this can be sort of confusing as Russian & Eastern European doctors commonly prescribe nootropics (such as Noopept) that can be bought over-the-counter.

Oddly, while most nootropic drugs are legal in Russia, prescription status can differ based on brand names—for instance, piracetam is legally available without a prescription in certain areas, yet you’ll need a prescription to buy the Nootropil trademarked version. Even then, assume that all racetams are prescription-based when buying in Russia. 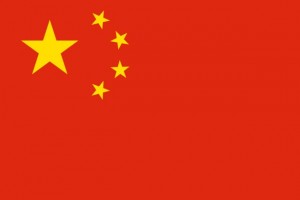 If Russia is the home of the most advanced nootropic research, China is the home of the largest nootropic drug dispensary. Incidentally, most of the world’s piracetam originates from China, where it’s subjected to very high quality controls. This makes it very easy for Chinese citizens to purchase nootropic drugs without prescription, including “smart” drugs such as Modafinil & Provigil (except in Hong Kong)  .

However, Hup-A, which straddles the line between drug & natural supplement, deserves special attention here for being sold in China as both an over-the-counter & a prescription drug (prescribed for Alzheimer’s disease). 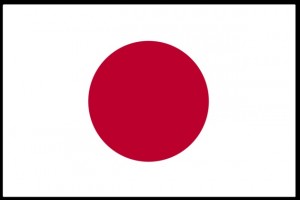 Home to many nootropic supplements (sulbutiamine, citicoline), Japan is both a hub for natural nootropics and surprisingly inflexible when it comes to importing “unapproved” nootropic drugs. Additionally, the Japanese pharmaceutical & regulatory policy-makers are notorious for supporting a low-rate of accessible over-the-counter drugs—although, these numbers are improving, which only helps increase nootropic access in Japan.

Despite developing the synthetic Vitamin B1 (thiamine) derivative sulbutiamine (which is legal in many Western nations), Japan sells it as a prescription-only for the treatment of asthenia–true or perceived muscle weakness.

Similar to many European countries, Japan views vinpocetine as a drug and prescribes it for Alzheimer’s disease. 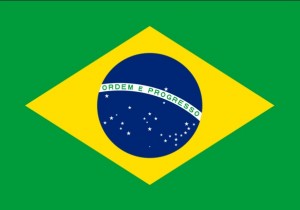 The Agência Nacional de Vigilância Sanitária (ANVISA) (National Health Surveillance Agency) is responsible for the surveillance of Brazil’s food supply & drug registration. Due to Brazil’s alarmingly high rate of drug abuse, Brazil keeps most drugs “behind-the-counter” and requires pharmacists & doctors to abide by the ANVISA “stripe” system—which indicates the risk level of a drug by the color of the stripe assigned to it. 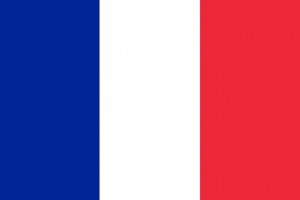 Piracetam is on the Ordonnance-Liste II, which classifies the drug as a “poisonous substance” that requires a prescription to purchase. Other racetams can be imported to France for personal use (< 3 month supplies).

Vinpocetine requires a prescription to be purchased in France. 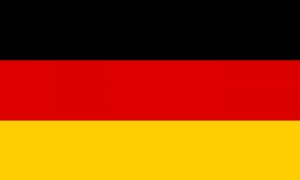 The German government is reportedly strict when it comes to importing “unapproved” nootropics. Food & drug regulation policies are determined by the Bundesinstitut für Arzneimittel und Medizinprodukte (Federal Institute for Pharmaceuticals and Medical Products), which tends to “approve” drugs based on their medicinal value—rather than recreational.

In Germany, piracetam is verschreibungspflichtig (only available by prescription) and illegal to import.

Heavily researched by German scientists, Ginkgo Biloba is one of the most popular over-the-counter supplements around the world. In Germany, the massive clinical support behind the plant makes it a prescription herb used for the treatment of cardiovascular issues.

Vinpocetine requires a prescription to be purchased in Germany and is used to treat Alzheimer’s disease.

Other EU countries that require prescriptions for nootropic drugs

The ranges & perspectives of what qualifies as a “drug” can vastly differ from government to government, so by no means is this section a catch-all for every EU legal system. Rather, here’s a generalization of which nootropic drugs are sold by prescription across the European Union.

The legal status of piracetam differs from country to country in the EU—for instance, Belgium, Czech Republic, and Ukraine require no prescription to acquire piracetam. However, here’s a list of European countries that do restrict piracetam access based on prescription:

Similar to Hup-A, vinpocetine can be viewed as both a drug & a natural herb. In the European Union, vinpocetine is generally viewed as a drug and thus regulated as one. Most EU nations sell the nootropic as Cavinton® and require a prescription for its use.

Developed in Japan as treatment for stroke, citicoline was introduced to many European countries as a prescription drug. For the most part, it retains its prescription status across Europe, yet its use is becoming more commonplace due to its proven effects on cognition & brain health.

Alpha Glyceryl Phosphoryl Choline, on the other hand, has similar acetylcholine-boosting effects as citicoline, yet has slightly more legal access in the EU. Alpha-GPC can be found in some popular nootropic stacks with huge international sales–yet, some European countries treat it as a prescription drug.

Not every country was (or could be) represented here due to a number of reasons:

By no means is this list entirely comprehensive, but it should serve as a solid starting point on global nature of nootropic legality—particularly as it might pertain to your region or perhaps a travel destination.

As always, if you’re unsure whether a nootropic is legal in your territory, check with your local food/drug agency—or whichever local government branch that designates food/drug policy in your area.

After which, check here to learn which (legal) nootropics are best for you.