You are here: Home / Nootropic / L-Theanine as a Nootropic

Tea compound L-theanine is one of the most reliable nootropics, known for enhancing attention and relaxation.

L-Theanine is a plant-derived amino acid with psychoactive properties. It directly affects brain health and function by:

L-Theanine is an amino acid known for its psychoactive properties. It is found primarily in tea leaves and is largely responsible for the feeling of relaxed focus and alertness associated with tea consumption.

A standard 200 mg cup of black tea is estimated to have about 24 mg of theanine, compared to 8 mg for green tea, although these numbers can vary greatly based on how the tea was grown and prepared. 1

Theanine’s nootropic benefits – which include enhanced alertness and cognition, reduced anxiety and stress, and neuroprotective qualities – are backed by a large body of research, making it one of the most trusted nootropics available.

L-Theanine has also been demonstrated to improve sleep and reduce elevated blood pressure. 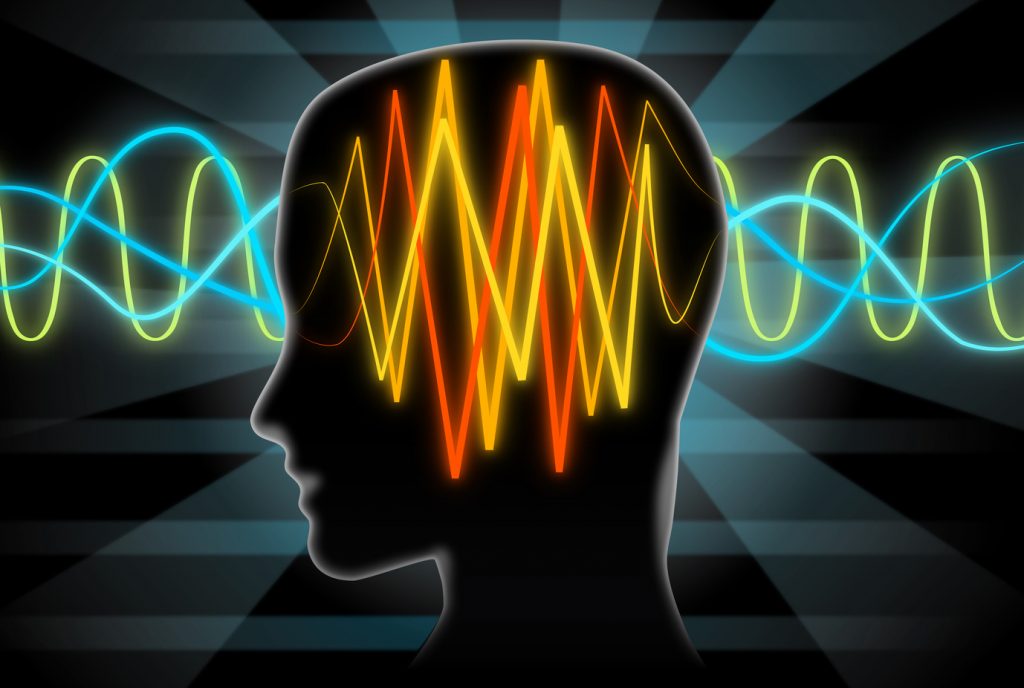 All the electrical impulses that are happening within the brain at any given time add up to a frequency that’s known as a brainwave. Different frequencies are tied to different kinds of thinking, all of which can be measured by an EEG test. The four main brainwaves, their frequencies and functions are:2

L-Theanine is known to increase alpha brainwaves, which explains the focused yet relaxed feeling experienced by people who supplement with theanine or drink tea. This makes theanine ideally suited for studying, learning, creative pursuits, and other tasks that require calm, focused thinking.

Caffeine is one of the most reliable wakefulness, energy, and cognition boosters, but can also cause side effects such as nervousness and agitation. L-Theanine is known to work in synergy with caffeine by not only countering its excitatory side effects, but also providing greater cognitive benefits than either substance alone.6 This explains why tea – which contains both caffeine and l-theanine – lacks the jitteriness often assocciated with coffee.

Multiple studies have noted that the combination of caffeine and theanine provides superior effects to either substance alone. For example:

This synergy makes caffeine and l-theanine arguably the most popular & reliable nootropic stack known to man. They should be taken at a 2:1 theanine to caffeine ratio, with a 200:100 mg dose being the most popular.

As a nootropic, L-theanine is primarily taken to promote relaxation, alertness, creativity, and mood, while reducing anxiety and stress. Unlike many other nootropics, there is a large amount of clinical research evidence to back theanine’s cognitive benefits, which explains its popularity both as tea and a standalone supplement.

In addition, it might also be capable of alleviating age-related cognitive decline, improving depression & ADHD, and enhancing learning and memory; however, these benefits have not seen much exploration in human studies as of yet.

It’s important to note that theanine promotes relaxation without any sedating effects, which explains why it is able to make people feel more alert and relaxed at the same time. 9

Animal studies have reported on the neuroprotective and cognition-enhancing effects of theanine:

In this double-blind study, researchers gave 35 people either 50 mg of L-theanine or placebo and administered EEG tests (which measure the brain’s electrical activity) before and after supplementation. They found that the L-theanine group experienced a significant boost in alpha brainwaves, which are associated with relaxation and attention.

In this this double-blind, placebo-controlled study, 12 subjects underwent four separate tests designed to induce acute mental stress with challenging math problems. Some participants were given L-theanine at the beginning of the trials or mid-way through; others were given placebo pills or no treatment at all. In evaluating the results, researchers found that those who had tested while taking L-Theanine showed a lower heart rate and lower salivary stress markers than while on a placebo or without treatment.

This study zeroed in on L-theanine’s effects on the brain’s attention-related circuitry. Researchers then noted that with theanine supplementation, there was actually an overall decrease in background alpha wavelength activity—but that despite this, participants’ performance in attention-related tasks was significantly enhanced (versus placebo).

In this placebo-controlled study, researchers gave placebo or powdered green tea—supplying about 47 mg of theanine per day—to elderly volunteers to test its effects on cognitive function. Researchers reported that those who consumed the theanine-rich green tea powder appeared to have a “significantly lower decline in cognitive function” when compared to the placebo group.

In this crossover, randomized, placebo-controlled investigation, 14 healthy adults were given placebo, L-theanine (200 mg) or caffeine (100 mg) daily for 1 week and asked to complete a stressful task. L-theanine significantly limited blood pressure elevation in participants whose blood pressure increased by more than average after performing a mental task. Moreover, according to the Profile of Mood States (POMS) scores, L-theanine reduced Tension-Anxiety scores compared to placebo.

We highly recommend L-theanine as a nootropic. A large body of evidence shows that L-theanine promotes a mindset that is calm and relaxed, yet alert and focused, making it ideal as a performance nootropic. But its benefits don’t stop here – it has also been shown to reduce stress and anxiety, protect the brain from degeneration, and holds potential for fighting depression and enhancing other aspects of cognition such as memory and learning.

200 mg L-Theanine is our suggested dosage. This is widely accepted as the most effective dose for theanine’s nootropic effects. And since L-theanine has been shown to be well-tolerated has dose-dependent effects, you can also consider upping the dose for more pronounced benefits.