You are here: Home / Brands / Paradoxine® 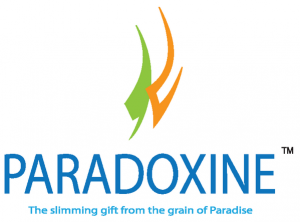 Paradoxine is an extract of grains of paradise — an herb that has shown potential to promote fat loss. It is the predominant brand of the herb and has several advantages over similar supplements:

Paradoxine is a branded ethanol extract of grains of paradise (Afromomum melegueta), which is a species of ginger that is indigenous to West Africa. Grains of paradise are commonly used as a food additive and peppery spice, as well as for several potential health-promoting applications in herbal medicine, ranging from boosting strength and cardiovascular health to burning fat.

There are several key bioactive ingredients within the seeds of grains of paradise, including the following:

Chinese biotechnology company Suzhou Win Health International put together a unique mixture of these chemical compounds and referred to it as Aframols. The Paradoxine brand contains this proprietary combination, with 12.5% standardization of 6-paradol.

Recently, traditional medicine practitioners and fitness enthusiasts have used Paradoxine for its capacity to help improve body composition. Multiple studies have shown that the supplement holds fat-burning properties without the high content of stimulants often present in fat loss supplements.

The aromatic ketones in grains of paradise, especially 6-paradol and 6-gingerol, have demonstrated a capacity to convert regular fat cells, or white adipose tissue, into brown fat cells, or brown adipose tissue, whose main function is to convert energy from food into body heat. In effect, grains of paradise reduces the body’s fat stores while increasing its ability to perform thermogenesis, and thus, sustain exercise and improve body composition. As a branded form of grains of paradise, Paradoxine enhances this process for greater energy expenditure and fat reduction.1

Suzhou Win Health International has yet to patent its proprietary mixture of bioactive ingredients extracted from grains of paradise.

The primary supplemental use of Paradoxine is to support fat loss. Grains of paradise have a natural capacity to trigger thermogenesis and increase energy expenditure. Taking this process to the next level, Paradoxine can promote faster metabolism and ultimately help reduce fat content. Casual organic supplement enthusiasts have also taken Paradoxine to counteract obesity and subsequent cardiovascular complications.

Particularly when used in a pre-workout stack, Paradoxine can may help improve body composition and workout endurance. In addition, the supplement has shown early signs of slightly boosting testosterone levels due to the anti-estrogenic properties of its ingredients. These effects collectively allow for rapid muscle gains.

Though not the main use of Paradoxine, its bioactive ingredients have demonstrated the potential to act like a nootropic and enhance brain health. To be specific, 6-paradol helps protect brain cells against inflammation and antioxidation for better long-term health and function. The ingredient 6-shogaol has also proved capable of promoting central nervous system health.

Animal studies with grains of paradise supplements including Paradoxine have shown that the compound 6-paradol can trigger thermogenesis of brown adipose tissue.2

There are no publicly available studies that have specifically evaluated Paradoxine’s health-promoting effects. However, the manufacturer, Suzhou Win Health International Clinical, has claimed that they have an established research program with clinical trials underway since 2016.

The following studies confirm the potential of grains of paradise extracts such as Paradoxine to facilitate fat loss through thermogenesis.

In this randomized, single-blinded, placebo-controlled investigation, 19 men received either a placebo or 40 mg of a 95% grains of paradise extract and then exposed to extreme cold for 2 hours. The 12 participants who were positive for brown adipose tissue had significantly greater energy expenditure than those in the placebo group.

Grains of paradise (30 mg) may reduce stomach fat in females

Start with a dose of 40 mg per day. We recommend starting with 40 mg of Paradoxine per day to increase energy expenditure and help improve body composition. A serving size as large as 2 grams is safe for daily consumption.