You are here: Home / Brands / Ferrochel®

Ferrochel® is the premier supplement for enhancing iron absorption and minimizing associated side effects. 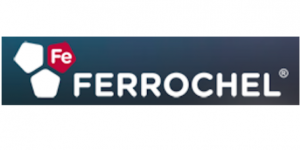 Ferrochel is an iron supplement designed to improve the absorption of iron while also decreasing the intensity of adverse side effects commonly associated with consuming iron. It offers various advantages over standard iron supplements:

Ferrochel (ferrous bis-glycinate chelate) is a patented, branded iron supplement manufactured by U.S.-based company Albion Advanced Nutrition. Iron is an essential mineral that the human body relies on for basic functions as well as for proper cognitive development, cardiovascular health, and immunity. Yet iron deficiency continues to be a widespread issue and is well known to be the most common nutritional deficiency in the U.S.

Unlike generic iron supplements, Ferrochel is easy to absorb and rarely triggers adverse side effects because it has a uniquely chelated structure that allows its iron content to pass through the stomach and small intestine completely intact. In addition to this fundamental difference, people often prefer Ferrochel to standard iron and other inorganic iron supplements for a variety of its inherent effects:

Furthermore, Ferrochel limits its integration into the body according to the amount of iron the body needs; a person who is iron deficient will take in 90% of the iron from Ferrochel, whereas someone who is hardly iron sufficient will take in a much lower percentage of the iron. In that vein, Ferrochel is not necessarily the best option for people who have a chronic case of iron deficiency anemia and need to absorb 100% of iron from supplements, regardless of adverse side effects.

Typical iron supplements hold a positive ionic charge that not only restricts its own bioavailability in the gastrointestinal tract, but also deactivates the absorption of other nutrients such as vitamin E and calcium. In contrast, Ferrochel does not carry an electrical charge and so does not form unabsorbable compounds with other nutrients inside the body. In other words, Ferrochel is already bound to an amino acid, or chelated, and thus provides safer and more effective absorption.

Due to its stable chelated structure, Ferrochel is safe for use by pregnant and nursing mothers, as well as children and young adults.

Ferrochel consists of the mineral iron bound to the nonessential amino acid glycine. Many minerals, including iron, are naturally ionized and interact with other charged molecules upon entering the body, which ultimately reduces their absorption. This patent (U.S. Patent 13189893) describes Albion’s technique for combining a mineral to an amino acid before its ingestion so as to stabilize it and increase its solubility, i.e., absorption by the body. This process of chelation is the essence of Ferrochel’s ability to enhance iron bioavailability.

Not only is Ferrochel a viable iron supplement for people with iron deficiency, but it is effective for reducing iron deficiency in pregnant or lactating females, according to U.S. Patent 7994217. This patent details a method for combining a highly bioavailable iron-amino acid chelate such as Ferrochel with other vitamins and minerals (especially vitamin A and calcium) to form a singular multivitamin.

This patent (U.S. Patent 20130209577) covers the integration of Ferrochel with malic acid and another weak acid or base buffer to lower the pH of the small intestine, thereby improving absorption or bioavailability of Ferrochel.

U.S. Patent 7371422B2 explains a process for fortifying cereal grain kernels and rice with minerals including Ferrochel. A similar patent U.S. Patent 6207204B1 discusses a particular technique for enriching cereal grain kernels with minerals by coating the cereal with mineral chelates such as Ferrochel, which removes the need to pulverize individual kernels before fortification. This second patent additionally claims that coating the cereal with Ferrochel increases the stability, palatability, and bioavailability of iron supplements in the body.

Did you know? The Joint Food and Agriculture Organization of the United Nations (FAO) and World Health Organization (WHO) Expert Committee on Food Additives (JECFA) accepted Ferrochel as a safe food additive in 2003.

Ferrochel is first and foremost a supplement that boosts the absorption of iron.

Ferrochel is the ideal iron supplement for most cases of iron insufficiency and mild deficiency. It maintains a non-ionized structure that not only enhances its absorption compared with typical iron supplements, but also reduces the occurrence of side effects commonly caused by ingesting iron. Notably, its stable structure makes it safe for use as a part of a multivitamin by children as well as pregnant and breastfeeding women.

Ferrochel is thus incorporated into a variety of iron supplements for purposes ranging from daily iron consumption by adults to prenatal and gestational nutrition. Nutritionist and food scientists have also fortified everyday grains and cereals with Ferrochel.

Furthermore, clinical research has shown it capable of counteracting mild iron deficiency anemia just as well as standard treatments but with the added benefit of fewer side effects and better tolerability.

Ferrochel offers a wide range of health and safety advantages over other iron supplements:

Numerous clinical trials assessing ferrochel have demonstrated its capacity to increase the effectiveness of iron absorption. A selection of these studies are detailed here:

In this randomized investigation, 24 patients with mild iron deficiency anemia and another chronic illness took either 28 mg of Ferrochel every day for 20 days and then 14 mg per day for the following 40 days or 105 mg of the standard iron supplement ferrous sulfate every day for 60 days. By the end of treatment, patients in both groups had significantly higher levels of hemoglobin (a protein complex containing iron) and blood iron stores in the form of ferritin compared with baseline. There were 2 cases of adverse events in the Ferrochel group and 4 in the ferrous sulfate group.

This study compared the effect of taking either 5 mg of Ferrochel per kg of body weight or ferrous sulfate every day for 28 days in children with iron deficiency anemia who were between 6 and 36 months old. Though both groups of children experienced considerable increases in hemoglobin , only the Ferrochel group had significant increases in ferritin. The bioavailability of iron for the standard supplement was 26.7% compared with the 90.9% for Ferrochel.

In this randomized investigation, 138 children with anemia between the ages of 7 and 11 years took either 40 mg of a standard iron supplement once a week or 3.8 mg of Ferrochel-enriched cookies 3 times a week for a period of 8 weeks. Children in both groups had significant increases in hemoglobin and ferritin levels.

This study examined the effect of consuming Ferrochel-enriched sweet rolls on iron-deficient children. In addition to their regular diet, the 89 preschool students supplemented with sweet rolls fortified with 2 mg of Ferrochel every day for 6 months. This protocol led to a significant decrease in iron deficiency anemia, from 62% to 22%. There were average increases in hemoglobin by 1.42 g/dL and in ferritin by 8.86 mcg/L.

Ferrochel presents a clinically proven method for improving iron absorption. We recommend Ferrochel for iron supplementation. A myriad of clinical trials have demonstrated the efficacy of Ferrochel, with its chief advantages over other iron supplements being its high bioavailability and excellent tolerability. It may be the best option for people with iron insufficiency or mild iron deficiency.

Start with a daily serving of 27 mg capsules. As a highly safe and stable substance, Ferrochel is available for children and adults — including pregnant women — seeking iron supplementation. It is available as a pill or capsule and within fortified food.