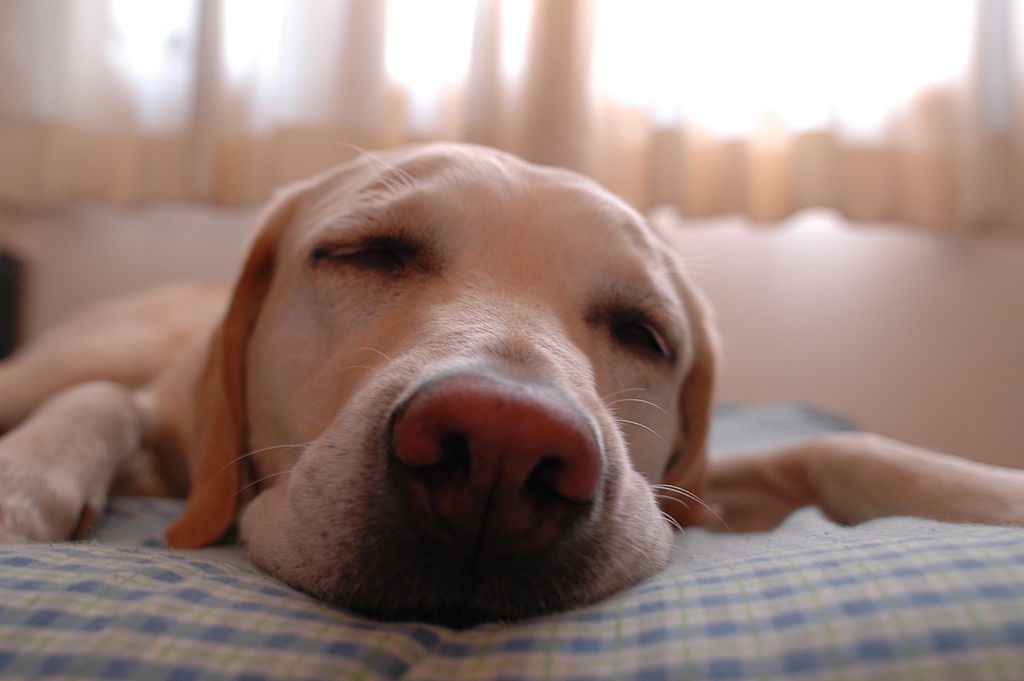 Sleep has long been known as one of the cornerstones of good health. But it’s not always easy to get good quality zzz’s, which explains why sleep aids have been used around the world for thousands of years. Unlike most synthetic sleeping pills, these natural sleep supplements carry fewer side effects and are not addictive.

Made from plants, amino acids, hormones, minerals, and other naturally-produced compounds, these sleep aids help you fall and stay asleep, ensuring you wake up feeling refreshed in the morning. On this page, we’re going to take a closer look at the benefits, biological mechanisms, and scientific research behind popular sleep supplements.

For a general look at sleep aids, check out our sleep supplements guide.

Long used by traditional Indian Ayuverdic medicine, ashwagandha is an adaptogenic herb with a wide range of benefits, including antidepressant, anxiolytic, antioxidant, cardioprotective, and immuno-modulating qualities.

As a sleep aid, ashwagandha works by activating receptors normally used by gamma-aminobutyric acid (GABA), a calming neurotransmitter (brain chemical) that favors sleep. Studies of this popular herb has demonstrated its ability to reduce anxiety and improve overall sleep quality, although more research is needed. More on Ashwagandha.

CBD is the second-most abundant cannabinoid present in marijuana (Cannabis sativa) plants. CBD has a number of health benefits such as reduction of pain, inflammation, stress, and anxiety.

Moreover, CBD does not have any psychoactive effects, making it a great option for reaping the health benefits of marijuana without the mind-altering effects. As a sleep aid, CBD seems to work through:

Both of these effects can help reduce anxiety and stress – major contributors to insomnia. In addition, CBD has been shown to act as a sleep-inducing sedative when taken at higher doses. More on CBD.

Chamomile refers to a group of medicinal herbs that resemble the daisy. The German (Matricaria chamomilia) and Roman chamomile (Chamaemelum nobile) are frequently used as sleeping aids.

Most of chamomile’s effects seem to be mediated by apigenin, a flavonoid compound that reduces anxiety and acts as a sedative at higher doses by binding to GABA receptors in the brain. Apigenin is somewhat unique because it binds to special benzodiazepine sites found on the GABA receptor, so called for being used by benzodiazepines – the most common type of prescribed sleeping pill.

But despite its long history of use in Europe, research studies backing its use as a sleep aid have only just begun. More on chamomile.

Readily produced in the human body and used as a food sweetener, glycine is a nonessential amino acid. Glycine holds some promise as a natural sleep aid because of its function as a neurotransmitter that is capable of:

A few studies have shown that glycine can improve sleep quality and reduce sleep latency (the time it takes to fall asleep), but further research is needed. More on glycine.

Hops refers to the flowers of the hop plant (humulus lupulus) that are best known for adding flavor and stability to beer. As a medicinal herb, hops is used to help with hair loss, digestive problems, and as a natural aid for anxiety, restlessness, and insomnia.

Researchers are not yet entirely sure how hops exerts its calming effects, but one hypothesis is that it increases GABA levels. Early studies indicate that hops can promote relaxation and increase sleep time & quality, although the strength of this effect remains disputed. More on hops.

Kava kava is a plant native to the Pacific Islands traditionally taken as a ceremonial drink because of its nootropic properties. It is said to act as a sedative and promote relaxation, improve mood, and even enhance cognitive performance. It can also function as a sleep aid through:

Current research evidence is scarce, but kava has been demonstrated to reduce anxiety and improve sleep in people with sleep disturbances. More on kava kava.

Lemon balm (Melissa officinalis) is a member of the mint family used for making perfume and toothpaste. Its leaves are also used to add lemon flavoring, and have been brewed as a tea that aids digestion.

As a sleep aid, lemon balm seems to help through reducing anxiety and promoting calmness, although it’s not yet entirely clear how.

Current research evidence is supportive of its ability to reduce anxiety, promote calmness, and help with insomnia, although more studies are still needed. More on lemon balm.

L-Theanine has been consumed as the main psychoactive ingredient of tea for millenia, and is growing increasingly popular as a nootropic supplement and natural sleep aid. Like most sleep supplements, theanine functions by enhancing GABA activity, and has also been found to reduce the activity of excitatory (stimulating) neurons.Multiple clinical studies report that theanine supplementation can directly and indirectly support good sleep by:

As such, we highly recommend trying out L-theanine for enhancing your sleep. More on L-theanine.

An essential amino acid required for building proteins and sustaining various critical processes in the body, L-tryptophan typically comes from food sources such as eggs and nuts. Most notably, it serves as the precursor to serotonin and melatonin – two key brain chemicals involved in regulating sleep.

Clinical studies report that tryptophan can improve sleep latency, sleep quality, total sleep time, and other aspects of sleep, making it out of the best, research-backed sleep aids. More on L-tryptophan.

Magnesium is a mineral present both in the body and in many of the foods we consume daily. It is  involved in many essential bodily processes, but as many as a third of Americans don’t meet the recommended diatary intake levels for this essential nutrient.

Magnesium supplementation is growing increasingly popular as a way to enhance sleep through:

Combined, these effects help people relax and wind down down, making it easier to fall and stay asleep. But although clinical research backs the use of magnesium for improving sleep in the elderly, studies in other age groups are currently lacking. More on magnesium.

A flowering tree native to China, Magnolia officinalis is known for its medicinal bark. Magnolia preparations are typically used for brain-related concerns, such as anxiety, stress, depression, and other cognitive issues. And because an overactive, anxious brain is often the cause of poor sleep, it is also increasingly being employed as a sleep aid.

Magnolia is believed to work through:

However, there are currently no studies looking directly at magnolia’s effects on sleep, and all evidence is restricted to its general anxiolytic and anti-stress effects. More on magnolia officinalis.

Melatonin is a hormone produced in the brain’s pineal gland that helps regulate the circadian rhythm – the 24 hour clock that controls when we sleep and wake up. Melatonin is released during darkness to signal the body to prepare for sleep. In addition, melatonin can also be supplemented, especially in cases where the body’s normal circadian rhythm is disrupted. Melatonin seems to help with insomnia in:

As one of the safest and most research-backed sleep aids, melatonin is the go-to supplement to try out if your sleep issues are related to circadian rhythm disruption or low melatonin levels. More on melatonin.

Melatonin levels decrease as we age, which may explain why supplementation is significantly more effective in older adults.

Ornithine is an amino acid mostly known for its role in the urea cycle. Supplementing with ornithine is popular with bodybuilders because of the belief that it can boost athletic performance. In addition, ornithine is gaining popularity as a sleep aid due to its ability to reduce stress and anxiety by promoting the activity of GABA, a calming neurotransmitter.

There is currently very little research on ornithine, but existing studies do support its ability to enhance sleep. More on ornithine.

Passionflower (Passiflora incarnata) is a fruit-bearing plant with a long history of medicinal use in North America. Known for its calming properties, this herb has been used to help with insomnia, nervousness, and anxiety.

Passionflower seems to exert its calming effect by increasing GABA levels, which reduces neuron activity and promotes relaxation. Current research is rather limited, but does provide early evidence for this herb’s anxiolytic and sleep-enhancing properties. More on passionflower.

The Chinese and American skullcap are flowering plants known for their medicinal properties. However, only the American variant (Scutellaria lateriflora) has been shown to have calming effects.

Like most herbal sleep aids, skullcap works by interacting with GABA, an anxiety-reducing brain chemical. In particular, its two constituents – baicalin and baicalein – appear to activate GABA receptors.

American skullcap is used to help with insomnia, nervousness, anxiety, and related issues. So far, however, direct evidence of its sleep-boosting effects is restricted to animal research. More on skullcap.

The tart cherry (Prunus cerasus) refers to the more acidic cousin of the sweet cherry. Although it is better known as a culinary ingredient that is used in drinks, soups, pies, and cakes, recent research indicates that tart cherry also hold much promise as a natural sleep aid. This is because tart cherries are a rich source of two sleep-supporting compounds:

The flowering plant valerian (Valeriana officinalis) is native to Europe and Asia, and was used as an all-around health remedy as early as ancient Greece and Rome. Sometimes called “all-heal” for its versatility, today valerian is best recognized as one of the most popular natural sleep aids, and is frequently combined together with other sleep-promoting herbs and ingredients.

Valerian seems to work by enhancing the activity of GABA – a calming brain chemical – in two ways:

Although current research evidence is supportive of valerian’s use in insomnia and as a general sleep aid, more high-quality studies are needed to conclusively prove its benefits. More on valerian.