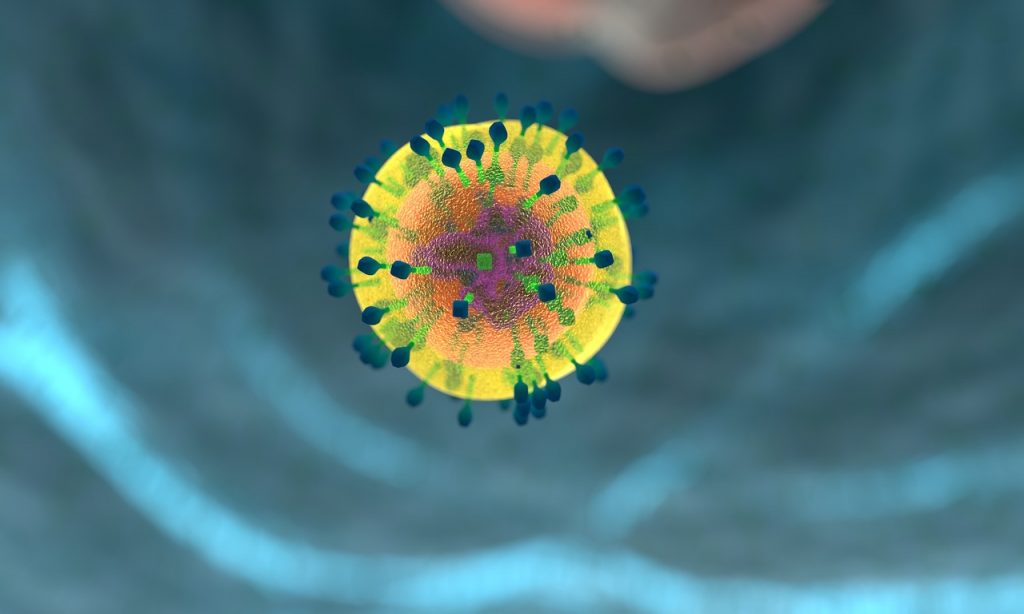 Immune system supplements are a popular way of boosting the body’s capacity to fend off illness. Although they are mostly used to fight cold and flu infections in the winter months, immunity boosters can also help with allergies, autoimmune, and inflammatory conditions.

This list describes the science and research behind some popular immune-boosting supplements. Those compounds marked as Editor’s Choice highlight our top choices for supporting your immune system. For more information on immunity boosters, check out our guide.

Developed in Japan in the 1980s, Active Hexose Correlated Compound (AHCC) is an extract made from shiitake mushrooms. AHCC is mainly used to help with allergies, infections, and inflammatory disorders.

AHCC is believed to work by interacting with special receptors found in immune cells, resulting in overall stimulation of the immune system. Animal research has demonstrated that AHCC can help fight both viral and bacterial infections, and the early stages of human research are beginning to provide promising evidence of its immunostimulatory effects. More on AHCC.

A flowering plant employed for many centuries by India’s Ayurvedic medicine, today andrographis is most known for its immune-boosting properties. It is particularly popular in Sweden and other Nordic countries as a way to help with cold & flu infections in winter months. Andrographis seems to work in two main ways:

Research shows that andrographis is effective at reducing the risk and improving symptoms of colds and other common infections, as well as autoimmune (rheumatoid) arthritis. More on andrographis.

Extracted from larch trees, arabinogalactan is a fiber compound used as a food additive, animal fodder, and medicine. In terms of immunity, arabinogalactan is taken to help with colds and other infections, and to boost overall immune function. There are two main theories for how it might work:

So far, studies have shown that arabinogalactan can reduce your chances of getting a cold and improve the immune system’s response to vaccination. Although more research is needed, these early findings are promising. More on arabinogalactan.

Berberine is a compound found in multiple Chinese medicinal herbs. It appears to help specifically with inflammatory and autoimmune conditions by:

Although berberine has yet to be investigated in human studies, animal research suggests that it can help with allergies, asthma, and multiple autoimmune disorders such as type 1 diabetes and rheumatoid arthritis. More on berberine.

Beta glucans are fiber compounds present in bacteria, yeast, fungi, and plants. They are currently being investigated for a number of potential medicinal properties, including reduction of blood pressure, weight loss, wound healing, and improved immunity. Their mechanism of action is quite ingenious – the body identifies beta glucans as a foreign substance, resulting in an immune response without any actual threat. Better yet, beta glucans are backed by clinical trials that report reduction of upper respiratory infection occurrence, symptoms, and duration, as well as animal studies demonstrating decreased inflammation, enhanced antimicrobial defenses, and improvement of overall immune function. Beta glucans isolated from yeast appear to have the most promising immunostimulatory activity. More on beta glucan.

A relative newcomer to the immunity booster market, colostrum is a type of milk made by mammals shortly after giving birth. Colostrum – and bovine colostrum in particular – is unique for containing nutrients, growth factors, and other beneficial compounds that can boost the immune system and confer protection against pathogens.

Animal and early human research suggests that colostrum has a wide range of immunity benefits, including:

Some researchers consider bovine colostrum the most promising nutraceutical – a food product with health benefits that can help treat different infections and illnesses. If confirmed by further research, this has the potential to greatly increase its popularity. More on colostrum.

The main active ingredient in the spice turmeric, curcumin is a heavily researched compound that possesses anti-inflammatory, antioxidant, and immunomodulatory effects. As an immunity booster, curcumin is used to help with inflammatory and autoimmune conditions such as allergies, asthma, and lupus.

Curcumin works by helping normalize immune system function, meaning that it can both promote and inhibit immune activity, preventing the immune system from under or overreacting. Thus far, there is research evidence for curcumin’s benefits for allergies and immune conditions such ulcerative colitis. More on curcumin.

One of the most popular herbal medicines in North America, echinacea includes three flowering plants – Echinacea angustifolia, pallida, and purpurea. Echinacea was originally used by Native Americans to help with all sorts of maladies, a practice which soon passed on to American settlers. Today, echinacea is popularly used to boost the immune system and fight colds and flu in particular.

Despite its immense popularity, however, human research evidence is conflicting, with some studies reporting that echinacea can stimulate immune function and help fight colds, and others reporting no benefit. More on echinacea.

Popularly known as Siberian ginseng, eleuthero is a Northeast Asian herb used in traditional Russian and Asian medicine for its restorative properties. Like other adaptogens, eleuthero is said to help the body cope with all sorts of physical and mental stress factors, giving it a wide range of applications. Moreover, it is believed to be particularly adept at boosting immune system function during times of stress or fatigue.

As an immune system booster, eleuthero is believed to affect the levels of certain cytokines. However, research concerning its potential effects benefits is mixed, with some studies reporting no effect on the immune system. More on eleuthero.

Garlic is one of the most widely popular health-boosting vegetables. Indeed, raw garlic has long been utilized to alleviate a wide range of illnesses, including common infections such as the cold.  As  an immune system booster, garlic is hypothesized to have three main effects:

Current research suggests that garlic can be particularly helpful for fighting cold infections and other acute respiratory illnesses. More on garlic.

Ginger has been used as a spice and medicine for thousands of years. This versatile herb can help manage pain, muscle aches, digestive problems, and other conditions. In addition, it also has some immunity-related biological activities, namely:

So far, research evidence is strongest for the use of ginger in alleviating rheumatoid arthritis, bu it might also improve allergies and overall immunity. More on ginger.

Also known by its Hindu name Tulsi, holy basil is an Indian herb with a long history of use in medicine and religious practice. Similar to other herbs employed by India’s Ayurvedic medicine, holy basil is known as an adaptogen for its ability to help the body cope with physiological stress. As part of these effects, it is believed to aid the immune system through:

However, research evidence for Tulsi’s stimulation of the immune system is largely limited to animal studies, and there is a lack of research looking at the use of holy basil for specific conditions such as cold and flu infections. More on holy basil.

Mushrooms are among the oldest natural remedies, having been used to promote overall health and longevity for thousands of years. Improved immune system function stands out as the main benefit of medicinal mushrooms. Although there are an estimated 700 medicinal mushroom species, research suggests that they share the same main active ingredients  – polysaccharides, a class which includes beta glucans.

These compounds are recognized as foreign by the immune system but do not cause any harm, stimulating an immune response. In addition, mushrooms also contain many other ingredients that can work via yet-undetermined mechanisms.

Animal and human research has demonstrated that mushroom-derived compounds:

A form of the amino acid cysteine, N-acetylcysteine (NAC) has been primarily used to help break down mucus seen in chronic respiratory conditions. NAC seems to benefit immunity and related concerns by:

Research suggests that NAC can boost the immune system in older adults, warding off flu infections in particular. More on N-acetylcysteine.

Olive tree leaves have a long history of medicinal use, and today are being increasingly used to enhance immunity. Olive leaf extract seems to aid immune function through:

But although olive leaf’s immunity benefits are backed by animal research, there is currently a lack of human trials. More on olive leaf.

Probiotics – beneficial bacteria that are present in your gut and can also be supplemented –  are one of the most popular new types of dietary supplement. Although they are mostly taken for digestive issues, there is a growing amount of evidence that probiotics also help with immunity and other health concerns.

Research suggests that probiotics can enhance immune function through:

There is evidence that probiotics alleviate allergies, eczema, infections, inflammatory, and autoimmune conditions. However, study findings remain somewhat mixed, likely due to different effects of different probiotic strains, as well as differences in each person’s genetics and gut flora composition. More on probiotics.

Serrapeptase is an enzyme found in silk moths that is used as a dietary supplement. Although it doesn’t affect the immune system, serrapeptase’s ability to break down proteins can help with immunity-related concerns such as:

Vitamin C is arguably the most popular immunity booster. This essential nutrient is required for optimal immune system function largely through acting as an antioxidant that protects immune cells from oxidative stress.

Having said that, however, it is not nearly as effective as most people believe it to be. While research has shown some evidence for its ability to reduce cold duration and severity, there is no conclusive evidence that vitamin C prevents colds or boosts overall immune system function in the absence deficiency. More on vitamin C.

Popularly known as the sunshine vitamin, vitamin D is critically involved in multiple biological processes such as bone health and immunity. Indeed, research has shown that immune cells have receptors that respond to vitamin D and produce enzymes that use it, highlighting its importance to healthy immune system function.

Although clinical studies have yet to link vitamin D supplementation to tangible immunity benefits, there is a large volume of research demonstrating that low vitamin D levels are associated with increased risk of respiratory infections, allergies, asthma, and autoimmune disorders. As such, supplementing with vitamin D if your levels are suboptimal can be beneficial for immunity. More in vitamin D.

An essential trace mineral associated with a wide range of biological functions and health benefits, zinc plays a central role in proper immune system function. However, much as the case with vitamin C, zinc supplementation is unlikely to do much beyond reducing cold infection duration in people with sufficient zinc intake. More on zinc.